China Dodges Response To Its Soldiers Moving To Pakistan-Occupied Kashmir 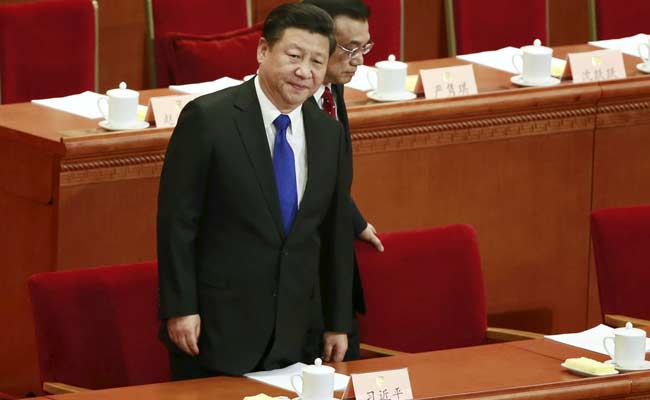 China on Monday dodged a response to reports that its troops are being moved to Pakistan-Occupied Kashmir to help guard its plans for new economic corridor that will give it much shorter access to Middle East oil and more.

"We are closely watching these developments," a top Indian government official told NDTV, on Sunday, adding, "We have a fair idea of the number of Chinese troops that are likely to be positioned there."

The Indian Army has spotted senior Chinese military officials at forward posts along the Line of Control or de-facto border in Northern Kashmir, news agency Press Trust of India reported on Sunday.

The 1300 kilometre long Karakoram Highway, one of the highest paved international road at a height of 1500 feet, forms the last leg of the China- Pakistan Economic Corridor connecting Gilgit-Baltistan in Pakistan-Occupied Kashmir to Xinjiang province.

"I have not heard of the incident you mentioned," Chinese Foreign Ministry spokesman Lu Kong said to reporters, referring to that report.

"We deeply regret that the media keeps popping up the relevant issue. The bilateral relationship (between India and China) has maintained sound momentum of development," the spokesperson said.

The Chinese troops are reportedly being assigned to Pakistan-Occupied Kashmir to help guard the planned $46 billion economic corridor of roads, railways and pipelines from northwest China to the southern port city of Gwadar on Pakistan's Arabian Sea coast.

India has already complained about the China-Pakistan Economic Corridor (CPEC), sharing its concerns about China's plans for developing and operating in Pakistan-Occupied Kashmir. However, Chinese President Xi Jinping has dismissed objections, describing the economic corridor as "a commercial project."

The corridor's western branch passes north through Balochistan province, where ethnic Baluch separatist rebels are opposed to the CPEC project and chafing under a military crackdown.

It also skirts the tribal belt along the Afghan-Pakistan border where Islamist militant groups including the Pakistan Taliban and Al-Qaeda have long been based, and takes in Peshawar, scene of some of the worst insurgent atrocities of recent years.

Kedarnath Wrapped In Blanket Of Snow, Mercury Dips In Uttarakhand