166 people were killed and over 300 injured when 10 heavily-armed terrorists from Pakistan created mayhem in Mumbai on November 26, 2008. 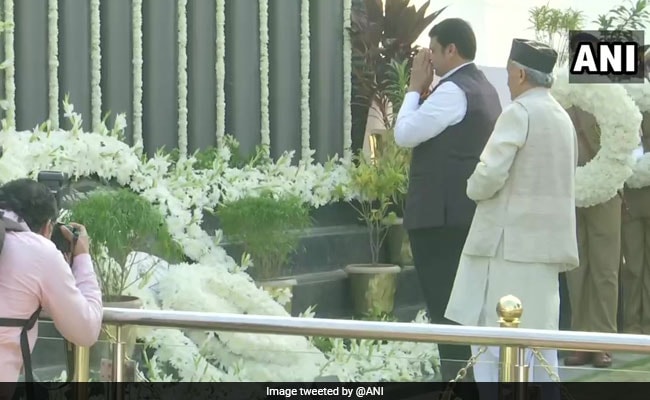 Maharashtra Chief Minister Devendra Fadnavis on Tuesday led the state in paying tributes to martyrs of the 26/11 terror attack which left 166 people dead 11 years ago.

In one of the deadliest terror attacks in the country's history, 166 people, including security personnel and foreigners, were killed and over 300 injured when 10 heavily-armed terrorists from Pakistan created mayhem in Mumbai on November 26, 2008.

Mr Barve on Monday said the city police is fully equipped to handle situations like the 26/11 terror attack, with personnel trained to combat urban terrorism, making it the "strongest force in the country".

The city's streets and other land assets are being secured by highly trained personnel, including commandos, as well as sophisticated weaponry and armoured combat vehicles, he said.