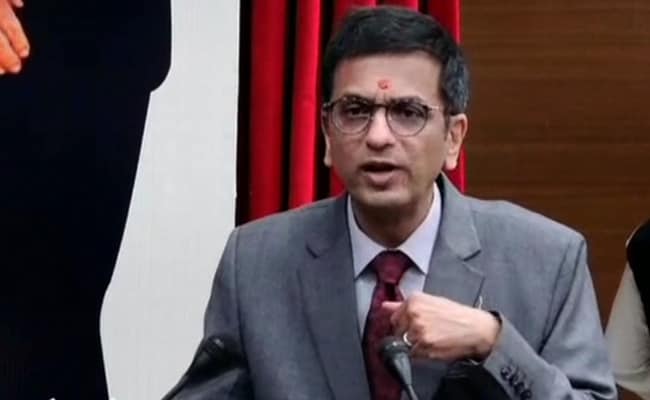 Chief Justice of India D Y Chandrachud on Monday met delegations of the advocates' associations of Gujarat and Telangana that are opposing the Supreme Court collegium's recent transfer recommendations and assured them that their issues will be duly examined.

The meeting lasted for about 30 minutes in which a detailed representation was made, and the anguish and objections of the Bar against the transfer of Justice Kariel were conveyed to the CJI, a release from the GHCAA said.

"The Hon'ble Chief Justice of India (CJI) assured the representatives of the Bar that the issues raised would be duly examined but strongly conveyed that since such assurance has been given, the advocates should not abstain from work," it said.

The "detailed representation had already been forwarded to the CJI on 20th November, 2022, and supporting papers and documents were submitted to the office of the CJI after the meeting for due consideration", the release said.

The THCAA in a release said the CJI has assured that he would examine the transfer issue in the light of the representation. "The CJI has consented to visit our Court shortly and the court work will resume from tomorrow," it said. "Further course of action would be discussed tomorrow in the general body meeting at 1:45 pm," the THCAA release said.

The three-member collegium, which takes decisions with regard to high court judges, is learnt to have transferred Madras High Court acting chief justice T Raja to the Rajasthan High Court and Justice Kariel and Justice Reddy to the Patna High Court.

Justice Raja was appointed as an additional judge of the Madras High Court on March 31, 2009, and assumed charge as acting chief justice from September 22. Justice Kariel is currently a judge at the Gujarat High Court, while Justice Reddy is posted at the Telangana High Court.

Media reports on collegium resolutions have led to an eruption of lawyers' protest in the Gujarat and the Telangana high courts.

Members of the Gujarat High Court Advocates' Association had on Thursday passed a resolution strongly opposing the recommendation of the collegium to transfer Justice Kariel to the Patna High Court and also abstained from work for the second half of the day as a mark of protest.

The association members said they gathered in the court of the high court's chief justice around noon "to mourn the death of independence of the judiciary" and observed silence for two minutes.

They also warned of protesting indefinitely till the issue was resolved.

"Justice Kariel is one of the finest, honest, upright, and unbiased judges whose integrity and honesty is being vouched by the entire Bar in one voice," the association had said in the resolution.

Its members said they will hold a peaceful protest against the proposed transfer at the gate of the high court on Friday.

"Any Aggressive Designs Will Be Met With...": Army General On LAC Situation