The Election Commission had introduced the app before the Lok Sabha elections this year to enable people to report any violation of model code of conduct, Sunil Arora said. 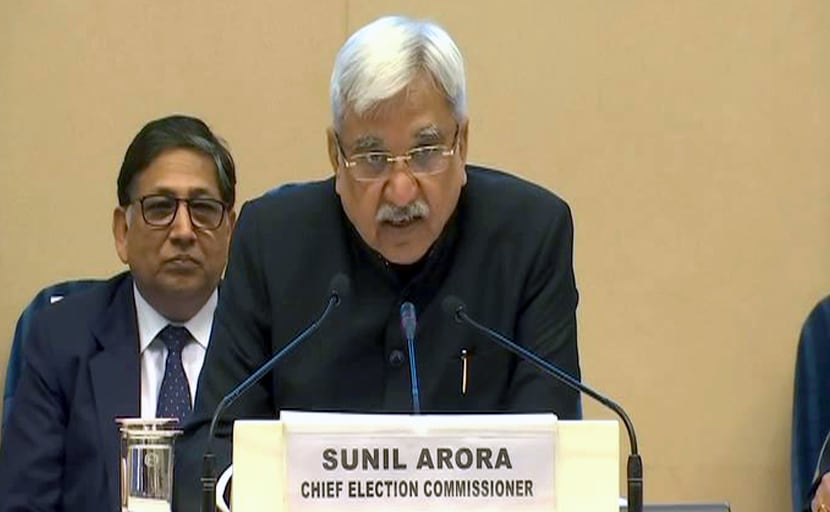 Sunil Arora said social media has a "vital role" to play in the polls. (File)

Chief Election Commissioner Sunil Arora has described the model code of conduct, which comes into effect after the announcement of the election schedule, as the "biggest achievement" of India's political system, evolved by an all-party consensus.

Addressing the annual business conclave of IIM Calcutta on Saturday, Mr Arora said it was a voluntary code agreed upon by the political parties and Election Commission or EC over the years.

"I think the model code of conduct is the biggest achievement of our political system, a document which has evolved by a consensus. It is a voluntary code agreed upon by the parties and ECI together," Mr Arora, who was on a two-day visit to the city, said.

Model code spells out the dos and don'ts during elections. Political parties, candidates and polling agents are expected to abide by the norms immediately after the announcement of election dates till the conclusion of the entire poll process to ensure free and fair polls.

Referring to the criticisms made against the norms laid down in the code of conduct, Mr Arora said they do not affect the development work as suggested by many detractors.

"Let me iterate that ongoing projects are not stopped (when the model code of conduct comes into force). But projects, freebies should not be distributed under the guise of ongoing projects. We have to monitor that," he said.

To a question by one of the students on the power of social media in influencing elections, Mr Arora said it has a "vital role" to play in the polls.

"Two months before the Lok Sabha polls, a group of social media users came up with a voluntary code of ethics which, they said, would curb the flow of fake news," he said without elaborating if the code was taken into consideration.

Mr Arora also stated that the new cVIGIL app of the election body has "empowered citizens in a big way".

The Election Commission had introduced the app before the Lok Sabha elections this year to enable people to report any violation of model code of conduct.

"The app has become the biggest instrument of empowerment to citizens during elections. Senior EC officials have told me that 22 countries have recently evinced interest in the cVIGIL app. The poll panel has also activated toll free number 1950 for people to register their complaints and grievances," the Chief Election Commissioner added.