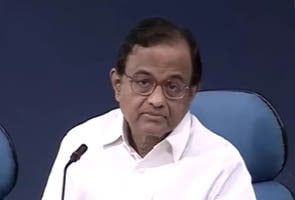 New Delhi: Union Home Minister P Chidambaram today said security forces should deal with right-wing terror groups "sternly and fearlessly" as they were enemies of the country as much as Indian Mujahideen and SIMI.

"...the right wing extremist terrorist groups. That also deserves to be researched and studied. They are radicalising right wing youths in the same manner that SIMI and IM have been radicalised," Chidambaram said while releasing a book "Indian Mujahideen: The Enemy Within" written by journalist Shishir Gupta.

The Home Minister, who was flanked by BJP's Arun Jaitley at the book launch, said "so actually, we do not have one enemy within today, we have two enemies within and hope there will not be a third or a fourth or fifth. While the security establishment must treat it as a security issue, must build capacity, must improve its intelligence-gathering capacity and must deal with these groups fearlessly and sternly, the rest of us, who are now popularly called civil society, must deal with the causes of provocation which gives rise to enemies within."

Mr Chidambaram said this could not be ignored "because if these causes, if these provocations or if these reasons remain and if they continue to motivate and inspire one enemy within
or the other enemy within every year, younger men join the ranks of these enemies, whatever capacity we build in the security establishments would be inadequate to deal with the
rising ranks of enemies.

The Home Minister said civil society owes an obligation that to address the reasons which give rise to young men getting radicalised. Chidambaram said the internet was being used to radicalise youths. "That's because of mobility, the use of communication. The use of travel above all this is a completely new phenomenon. Radicalisation no longer takes place face to face. Most terrorists today are radicalised through internet.There are any number of recent examples where a terrorist has been radicalised through the internet," he said.

The Home Minister said "we are living in a very complex world where the enemy is not identified or an identifiable organisation. Sometimes, it is like al Qaeda, like the Taliban, like Indian Mujahideen. There could be individuals who are simply radicalised and converted and we have to build capacity to deal with this kind of challenge."

In his opening remarks, Mr Jaitley stressed on the need for political will and effective mechanism to deal with the challenges posed by several enemy groups acting outside and within the country. Mr Chidambaram agreed with Mr Jaitley saying "while many of us in the establishment have a fair understanding of the gravity of the challenge, we are still not able to whip the machinery into responding quickly to build the capacity that is required to meet the challenge".

Gupta's book is an attempt to link up all jihadi groups working across the country and to trace their linkages with terrorists based in countries like Pakistan, Nepal, Sri Lanka, Bangladesh, the United Arab Emirates, Oman, Yemen and Saudi Arabia.
Comments
ChidambaramSIMIIndian MujahideenIMright-wing terror