After losing the panchayat election, Manohar Dewangan of Bhansoj village had demanded that voters return the household products and clothes he had distributed among them. 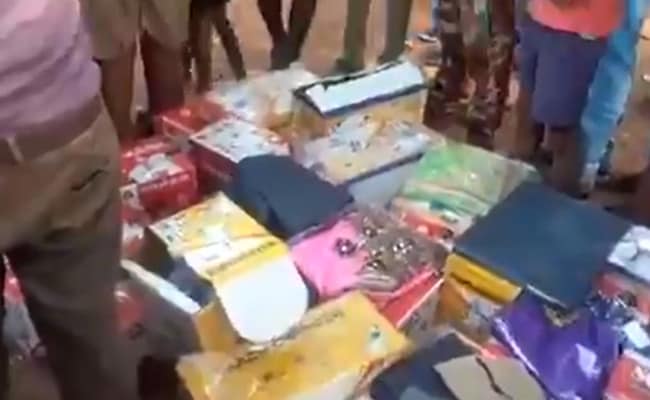 The products included clothes and household goods such as mixers and cookers.

A bus stand at Bhansoj village in Chhattisgarh's Raipur district received more than its fair share of attention on Friday when household items and clothes were found dumped there in a messy pile. As it turned out, this was no yard sale.

The items, which included cookers, mixers, shirts, trousers and sarees, were freebies given away by a candidate to make people vote for him in the panchayat elections. When he ended up losing anyway, he demanded that the "gifts" be returned immediately. This annoyed voters, who responded by piling the articles at the bus stand in full public view.

Police seized the goods after a video of the incident emerged on social media.

State Election Commissioner Thakur Ram Singh said that a police case has been filed against the candidate, Manohar Dewangan, who had stood for a panchayat-level position in Bhansoj. "The state election commission has taken a serious note of the incident. We have also sought a detailed report from the collector."

Manohar Dewangan had lost to a political rival, Chandrahas Dewangan, in the election. Stung by the humiliation, he allegedly abused and threatened villagers after the results were announced.

The first phase of the three-phase panchayat polls in Chhattisgarh was held on Tuesday. The Tilda, Arang, Abhanpur and Dharsivan development blocks voted during the first phase of the elections in Raipur division. Polling for the second phase is underway, and the third and last phase will be held on February 3.