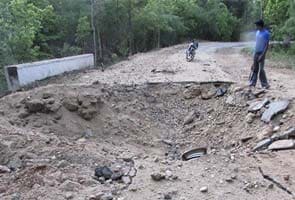 Raipur: Senior Congress leader Mahendra Karma's PSO, who was critically injured in the deadly naxal attack in Bastar, succumbed to his injuries at a hospital in Raipur on Saturday, taking the death toll in the tragedy to 25.

Mr Singh had received bullet injuries which caused infection in several body parts, he said, adding that ten more injured persons being treated at the hospital are out of danger.

Promoted
Listen to the latest songs, only on JioSaavn.com
Personal security officer (PSO) of Karma, Siyaram, critically injured in the attack, was airlifted to Raipur for treatment.