Chhattisgarh Governor Balramji Dass Tandon was rushed to the state-run Dr B R Ambedkar Memorial Hospital after he complained of uneasiness. 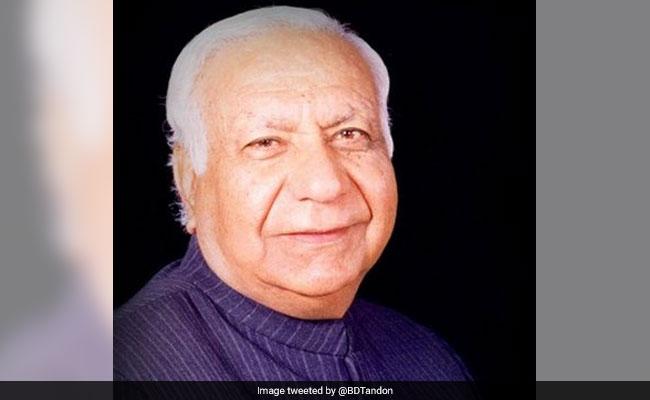 Chhattisgarh Governor Balramji Dass Tandon was one of the founder members of the BJP.

Chhattisgarh Governor Balramji Dass Tandon died at a hospital in Raipur today, an official said.  He was 90.

Tandon was rushed to the state-run Dr B R Ambedkar Memorial Hospital here this morning after he complained of uneasiness, the governor's secretary, Surendra Kumar Jaiswal, said. He later died at the hospital, he said.

Tandon, one of the founder members of the Jansangh which later became the Bharatiya Janata Party (BJP), became the governor of Chhattisgarh in July 2014.

During his long political career, he has served on various posts, including as deputy chief minister of Punjab. The six-time MLA was also jailed from 1975 to 1977 during Emergency.