Naxals in the region near the Indrawati River of Dantewada had threatened to chop off the fingers of villagers if they cast their votes. 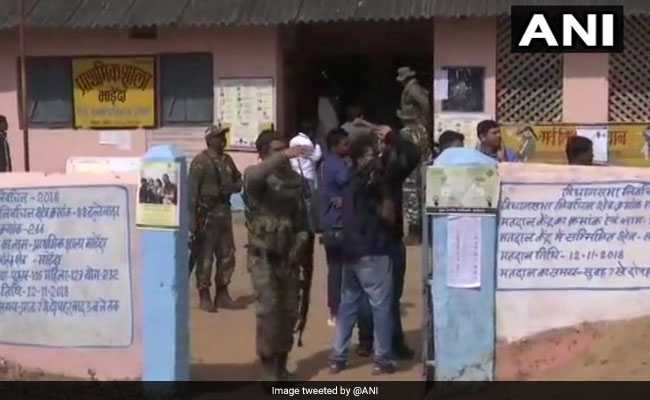 Polling booths had to be relocated after the threats and voters had to walk an extra mile.

The first phase of voting in Chhattisgarh was conducted smoothly and saw a significant voter turnout on Monday. The voters in a Dantewada district, however, were seen removing the electoral ink mark from their fingers as they feared their lives.

Naxals in the region near the Indrawati River of Dantewada had threatened to chop off the fingers of villagers if they cast their votes. Despite the threat, a large number of people came out to vote.

Dantewada police officer Abhishek Pallav said that after receiving threats, they had to relocate seven booths located near the Indrawati River and voters had to travel the extra mile to reach polling booths.

"Seven booths near Indrawati River were shifted after the threats of the Naxals. We are planning to set up a camp before the Lok Sabha polls so that the people can take shelter there and cast their votes without the threats from the Naxals," he told ANI.

The first phase of Assembly elections was held in Chhattisgarh on November 12, where 18 seats went to polls, out of these, 12 are reserved for the Scheduled Tribes, while one is a Scheduled Caste-reserved seat.

The remaining 72 constituencies in the state will go to polls on November 20.

The result of the assembly polls will be announced on December 11.