Congress To Announce Name Of Next Chhattisgarh Chief Minister Today 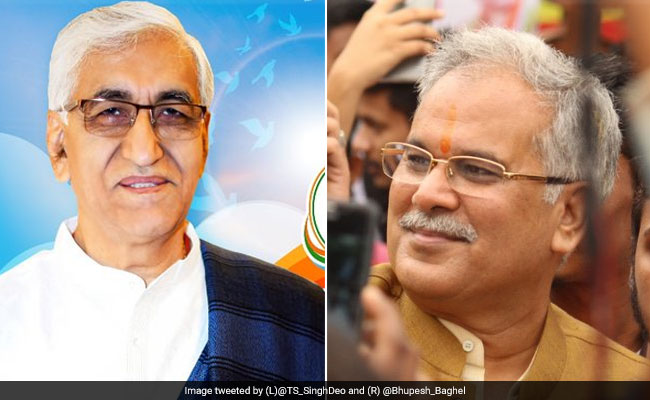 The Congress in Chhattisgarh will hold its legislature party meeting in Raipur on Wednesday to decide on the next chief minister of the state.

The Congress registered a landslide victory in the Chhattisgarh polls, bringing an end to the 15-year rule of the Raman Singh-led Bharatiya Janata Party (BJP) government. It won 68 seats in the 90-member Assembly, while the BJP got only 15 seats.

The chief minister is likely to be announced after the meeting.

A party needs to win 46 seats to form government in the state.

The Congress got 43 per cent of the total votes polled in the state, while the BJP got 33 per cent.