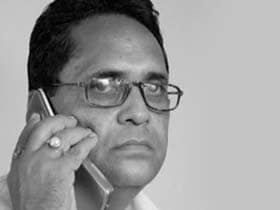 Prime Minister Manmohan Singh, who spoke to Chhattisgarh Chief Minister Raman Singh, also appealed to the attackers to release all those who may have been abducted at the earliest.

The PM was later briefed by Mr Singh on the measures being taken to trace Mr Patel and others, who are feared abducted.

Promoted
Listen to the latest songs, only on JioSaavn.com
Congress president Sonia Gandhi has condemned the attack describing it as an "attack on democratic values".

In the state, Congress leaders have alleged that party leaders were not provided adequate security by the BJP dispensation despite Naxal threats. A shaken Ajit Jogi, a former Chief Minister, who was present at the rally, said, "I can't believe that people who I met just a few hours earlier have been attacked. There was not adequate security arrangements. I want to call a state bandh tomorrow."