The BJP will target the state government over the "deteriorating" law and order, as well as "reign of terror" unleashed by the sand, land and liquor mafias, Leader of Opposition said. 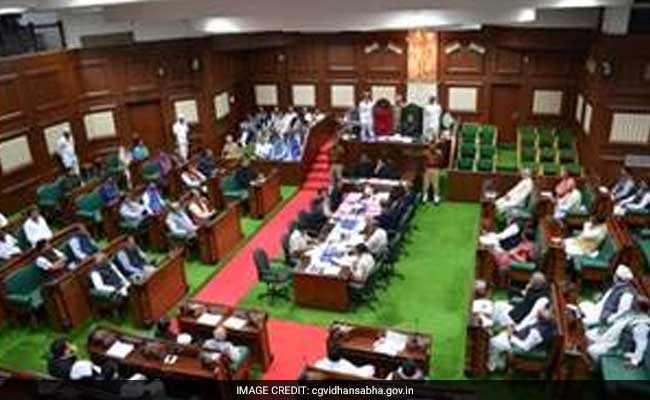 The winter session of the Chhattisgarh Assembly will begin on Monday with the ruling Congress and opposition BJP expected to clash on issues like paddy procurement, farm distress, crime against women and the prevailing COVID-19 situation.

The session will continue till December 30 and have seven sittings.

Leader of Opposition Dharamlal Kaushik said the Bhupesh Baghel government had failed on all fronts and the people of the state, especially farmers, were paying the price.

He said 255 farmers had died by suicide in the last one year, while the Congress government in the state was busy spreading lies about the new farm laws introduced by the Centre.

The BJP will also target the state government over the "deteriorating" law and order, as well as "reign of terror" unleashed by the sand, land and liquor mafias, Mr Kaushik said.