Raghav Chadha, AAP's Punjab co-in-charge, alleged that Charanjit Channi's nephew had amassed crores and other assets in the past three-four months. 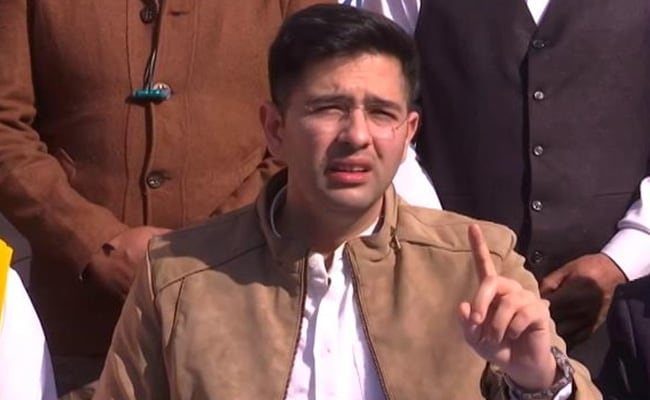 "From where did this money come?" Raghav Chadha asked (File)

Raghav Chadha, AAP's Punjab co-in-charge, alleged that Mr Channi's nephew had amassed crores and other assets in the past three-four months.

Yesterday, the probe agency had seized cash amounting to over Rs 10 crore, including about Rs 8 crore from a relative of Charanjit Channi, during raids conducted in connection with the illegal sand-mining operations in Punjab.

In a statement, the Enforcement Directorate had said "incriminating" documents related to the "illegal" sand mining and property transactions, mobile phones, gold worth more than Rs 21 lakh, and a Rolex watch worth Rs 12 lakh were also seized during the searches that ended on Wednesday.

"From where did this money come?" Raghav Chadha asked, talking to reporters in Mohali.

"It is said that Charanjit Channi's nephew did not have this much money four months back," he said.

"In just 111 days (Charanjit Channi's tenure as Chief Minister before the model code of conduct came into force) if one nephew amassed Rs 10 crore then you can imagine how much wealth was made by the other relatives. And think, how much money Channi would have received," Raghav Chadha said.

"And imagine how much he would have earned had he been the Chief Minister for five years.

"Channi saab left the Badals and Captain sahib (Amarinder Singh) behind," he said.

"The Congress has been exposed today. Channi saab used to say I am an "aam aadmi" and belong to a poor family. Today, Channi sahib's "gareebi" stands exposed before the people of Punjab," he said.

Charanjit Channi on Wednesday had accused the BJP-led central government of hatching a conspiracy to trap him in the case of which raids were a part.

The Chief Minister alleged that the BJP is taking revenge since Prime Minister Narendra Modi had to return from the state without attending his scheduled rallies.

PM Modi was forced to return to the national capital from Punajb's Ferozepur earlier in the month due to concerns related to a security breach.

Punjab will vote to elect 117 members to its Legislative Assembly February 20. Counting will be held on March 10.