MK Stalin had last week proposed MrGandhi as the opposition's prime ministerial candidate at a rally in Chennai. 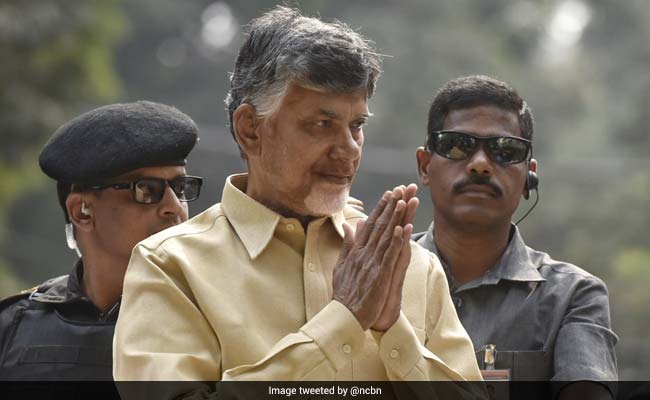 Chandrababu Naidu has been making efforts to bring opposition parties together. (File)

Andhra Pradesh Chief Minister N. Chandrababu Naidu on Saturday differed with DMK leader MK Stalin's stand on projecting Congress President Rahul Gandhi as the prime ministerial candidate of opposition for the 2019 Lok Sabha elections, saying that candidate should be decided after the polls.

"My stand is...post-election we'll decide. I made it very clear, we should not announce a candidate today," Mr Naidu said at the "India Today Conclave South 2018" in Vishakhapatnam.

Mr Stalin had last week proposed Mr Gandhi as the opposition's prime ministerial candidate at a rally in Chennai.

The rally was attended by Mr Naidu apart from several other opposition leaders.

Mr Naidu has made efforts to bring opposition parties together against the Bharatiya Janata Party (BJP)-led National Democratic Alliance (NDA) for the 2019 Lok Sabha polls.

His Telugu Desam Party (TDP) had left the NDA earlier this year. The TDP had allied with the Congress and two other parties in the recent state election in Telangana but the alliance was defeated