Chandrababu Naidu Awarded 'Transformative Chief Minister Award' In The US

The award by the US-India Business Council (USIBC) was presented yesterday to Mr Naidu during the USIBC West Coast Summit in the Silicon Valley. 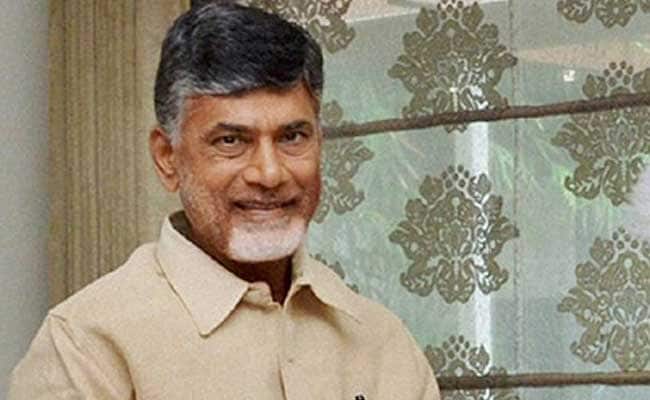 Houston: Andhra Pradesh Chief Minister N Chandrababu Naidu has been presented the 'Transformative Chief Minister Award' in the US for his efforts to strengthen ties between the two countries at the state level.

The award by the US-India Business Council (USIBC) was presented yesterday to Mr Naidu during the USIBC West Coast Summit in the Silicon Valley.

The award acknowledges excellence in public service and recognise the honoree's achievement in championing US-India ties in the areas of trade, politics and culture, a USIBC press release said.

Aruna Sundararajan, Secretary, Ministry of Electronics and IT was also honoured with the same award for distinguished public service and her commitment to advancing US-India cooperation and Digital India.

"With India's move towards a cashless society, plans to build smart cities and the explosive growth of e-commerce, it is imperative that there are deliberations on what the challenges are towards creating a digitally driven economy and how American companies can help in this endeavour. USIBC's annual West Coast Summit explored solutions to building an efficient digital infrastructure for India," Mukesh Aghi, USIBC President.

"India's digitisation journey has opened the market to new growth opportunities and transformed the way Indian consumers access information and services. I believe that through collaborative efforts, the US-India technology partnership can only expand over the next few years and contribute to our growing bilateral trade," Mr Aghi said.

"We have strong partners in the Government of India. Leaders like Prime Minister Modi, Chief Minister Chandrababu Naidu, and Secretary Sundararajan understand the urgency to bring about digital transformation of India. That is why Cisco and so many other American companies continue to bet big on India," USIBC Chairman and Cisco Executive Chairman John Chambers said.

Promoted
Listen to the latest songs, only on JioSaavn.com
Last year's recipient for this award was Amitabh Kant, Chief Executive Officer of Niti Aayog.

CM Naidu, on a week-long visit to the US, is accompanied by his 16-member team comprising Finance Minister Yanamala Ramakrishnudu, Government Advisor (Communications) Parakala Prabhakar and senior officials, will also visit Washington.