"Just The Tip Of The Iceberg," Says Whistleblower In Chanda Kochhar Case 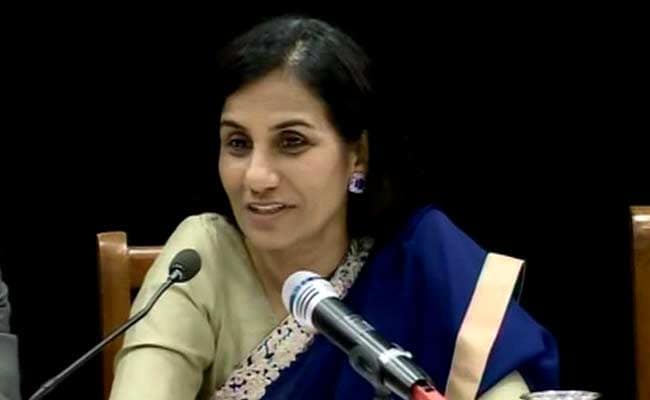 The whistleblower who called out former ICICI Bank chief Chanda Kochhar and two others in an alleged Rs 3,250-crore loan scam has dubbed the case as a part of something much larger, and requested the government to scratch deeper under the surface of the Indian banking system to uncover other irregular deals of the kind. Ms Kochhar (56), her husband Deepak Kochhar and Videocon head Venugopal Dhoot were charged with criminal conspiracy and cheating by the CBI on Thursday.

The probe agency also searched the Videocon headquarters in Maharashtra's Mumbai and Aurangabad in this connection.

The whistleblower, Arvind Gupta, said although many companies that received loans from ICICI Bank went bankrupt, Ms Kochhar found a "new way" to profit from the situation. "As a shareholder, I felt that these are things people must know. So I informed everybody. I would like the government to look into foreign funding in Indian companies, because Chanda Kochhar's case is just the tip of the iceberg," news agency ANI quoted him as saying.

"All banks are in the same state," he claimed, adding that loans should be strictly given on merit.

Ms Kochhar quit as the CEO and Managing Director of ICICI Bank in October over the case involving a loan of Rs 3,250 crore to the Videocon Group -- a legacy firm that has become a non-performing asset for the financial institution -- in 2012. The case came into the open last year, when Mr Gupta claimed that Ms Kochhar's husband, Deepak Kochhar, and her family members benefited from the deal. Mr Dhoot had allegedly invested crores of rupees in NuPower Renewables, a company funded by Deepak Kochhar, months after the loan was granted to Videocon. The CBI says that the loan was cleared by a committee, of which Ms Kochhar was a member.

The money was part of a Rs 40,000-crore loan received by Videocon from a consortium of 20 banks led by the State Bank of India.

Ms Kochhar joined ICICI Bank in 1984 as a management trainee. She rose to the top, becoming its Managing Director and CEO in 2009. Her role in shaping the country's retail banking system has been widely ackowledged.