Chabahar Port Likely To Be Ready By May As India Accelerates Work: Report

In 2015, India agreed to help develop Iran's Chabahar Port and an associated railway that would enable India to trade with Afghanistan unimpeded by Pakistan, the independent Congressional Research Service (CRS) said in its latest report. 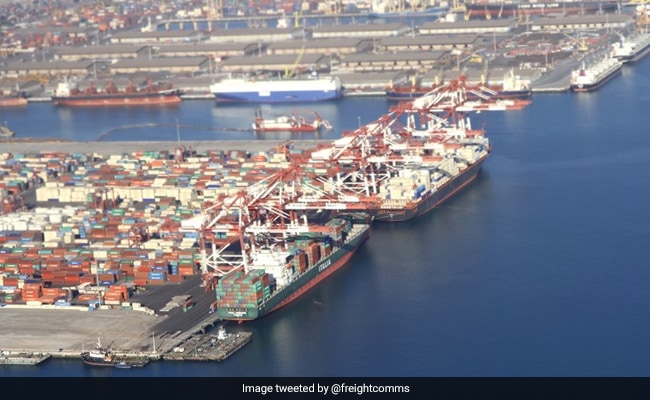 After a brief halt, India accelerated the work on Chabahar Port early this year and the strategic Iranian port is expected to be operational by next month, a Congressional report has said.

In 2015, India agreed to help develop Iran's Chabahar Port and an associated railway that would enable India to trade with Afghanistan unimpeded by Pakistan, the independent Congressional Research Service (CRS) said in its latest report for the members of the US Congress.

Prepared for the lawmakers for them to take informed decision, the report, running into nearly 100 pages, said that in May 2016, Prime Minister Narendra Modi visited Iran and signed an agreement to invest $500 million to develop the port and related infrastructure.

Even though the Trump administration gave India the "Afghanistan reconstruction" exception from its punitive Iranian sanctions, India largely stopped work on the project until late 2020.

"It accelerated work in early 2021 and the port is expected to be declared operational no later than May 2021," said the CRS report.

CRS reports are prepared by experts and are not considered as official report of the US Congress.

Iran's economy is highly integrated into those of its immediate neighbours in South Asia, it said, adding that India cites the UN Security Council resolutions as its guideline for policy towards Iran.

During 2011-2016, when UN sanctions were in force on Iran, India's central bank ceased using a Tehran-based regional body, the Asian Clearing Union, to handle transactions with Iran, and the two countries agreed to settle half of India's oil buys from Iran in Indian currency.

The CRS said Iran's economic relations with Pakistan are less extensive than are its economic ties with India.

One test of Pakistan's compliance with the sanctions was a pipeline project that would carry Iranian gas to Pakistan - a $7 billion project that US officials on several occasions stated would be subject to ISA sanctions.

Iran reportedly completed the pipeline on its side of the border but, during Iranian President Hassan Rouhani's visit to Pakistan in March 2016, Pakistan did not commit to complete the line. In 2009, India dissociated itself from the project, it said.