During the three-day meeting in Gujarat, there will be a detailed discussion on India's fight against Covid and the Centre's initiative -- Heal by India and Heal in India. 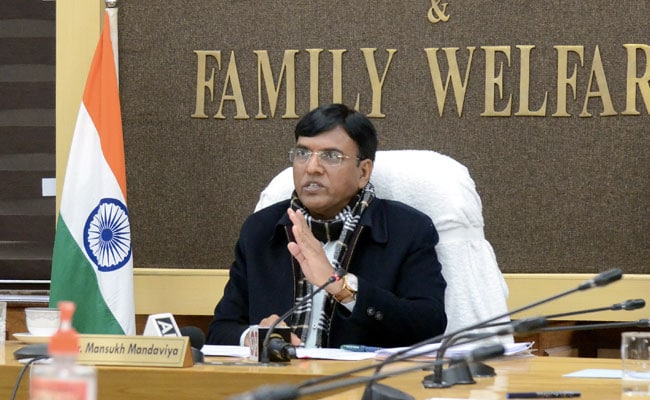 The health summit will be hosted at the Statue of Unity in Gujarat's Kevadia from May 5-7. (File)

Union Health Minister Mansukh Mandaviya will chair a three-day health summit being hosted at the Statue of Unity in Gujarat's Kevadia from May 5-7.

During the three-day meeting, which will be attended by the Health Ministers of all states and Union Territories, there will be a detailed discussion on India's fight against Covid and the Centre's initiative -- Heal by India and Heal in India -- which has been a major focus of the Prime Minister Narendra Modi government.

Sources aware of the development told ANI that there has been an overall study of how certain states were able to keep the Covid numbers in check and also how they managed to boost the vaccination drive.

"The whole purpose (of the meeting) is to share these best practices with other states, which will be the topmost priority," sources said.

Sources said that a three-minute presentation will be made by each state and UT on their experiences in dealing with the pandemic, followed by a brief speech by the various Health Ministers.

Another key focus area will be to encourage states to boost National Health Infrastructure since the budget assigned to various states and UTs is often seen to be under-utilised.

'Heal by India', a campaign recently launched by Prime Minister Narendra Modi, would also be key on the agenda for the three-day summit to focus on bringing investment in the health infrastructure.

PM Modi, when in Gujarat on April 20, at the Mahatma Mandir in Gandhinagar, spoke about the same at the Ayush investment Summit about the huge potential for traditional medicines and wellness products. The Summit was also attended by World Health Organization (WHO) Director Dr Tedros and Mauritius Prime Minister Pravind Jugnauth.

In order to boost "Ayush", the Centre has also announced that they will be issuing a separate category of visas for those who want to travel to India for medical reasons and would want to avail of AAYUSH facilities.

"The possibilities of investment and innovation in AYUSH are limitless as India has witnessed unprecedented growth in the production of AYUSH medicines, supplements and cosmetics," the Prime Minister had said in his speech at the summit.

The choice of venue for the summit is also interesting as Gujarat is heading for Assembly elections in the next few months and Mansukh Mandaviya hails from the state.