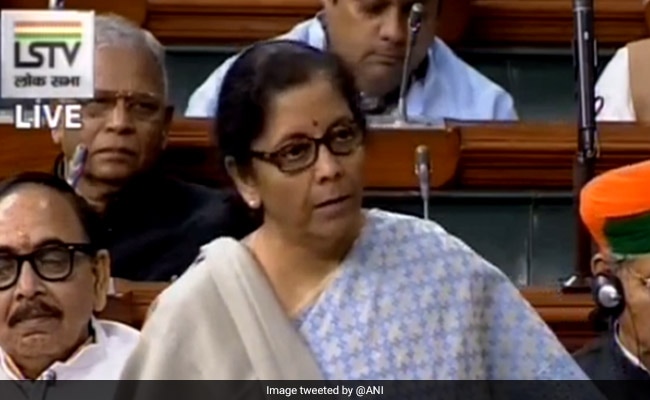 Finance Minister Nirmala Sitharaman on Wednesday said in the Lok Sabha that the government has taken several steps to check rising prices of onion and has initiated steps to improve technology for better storage of the kitchen staple.

The minister also dismissed the criticism that there was any fear among the investors by pointing out that FDI inflows have gone up to $209 billion during the first half of the current fiscal from $ 17 billion in the same period a year ago.

Replying to the debate on the first batch of Supplementary Demands for Grants, which was later passed by the Lok Sabha, she said the government has taken several steps to check rising prices of onion include ban on exports, imposition of stock limit, import and transfer of onion from surplus to deficit area.

Prices of onion in many places have crossed Rs 100 per kg because of less production.

"I must say, from 2014, I have also been part of some of the group of ministers, which monitored the ups and downs in onion markets. Sometimes when there was surplus of crop we have also facilitated by giving support to those people who want to export it. I have overnight past orders for helping with 5-7 per cent assistance for exporting," she said.

Attributing shortage to low production, the minister said there are severe structural problems related to onions.

"One is we don't have scientifically advanced methods of storing...So that is one of the things, so we need to have greater scientific storage facility for onions we have started working on it...then also to give better storage capacities within that region particularly around Lasalgaon," she said.

She, however, mentioned, "I belong to a family which does not eat onion and garlic."