The Union government finds itself in a fix over the issue as the Supreme Court order of 2015 clearly states that Chakma-Hajong refugees need to be given citizenship. 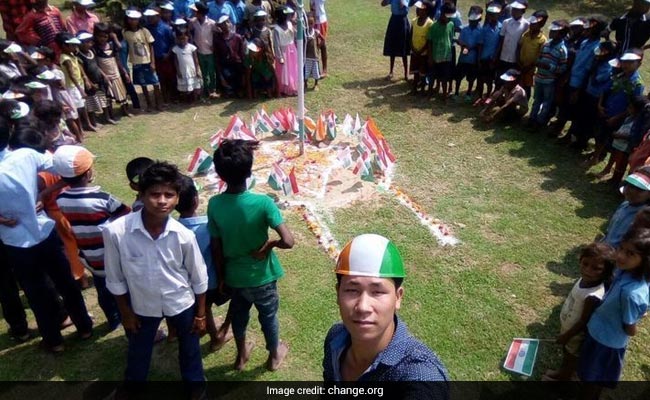 There are about 1 lakh Chakma and Hajong refugees in India.

New Delhi: The central government is in a precarious situation over the issue of granting citizenship to Chakma-Hajong refugees living in Arunachal Pradesh and is looking for a way out. On one hand, it is under fire for its move towards deporting around 40,000 Rohingya Muslim refugees.

On the other, it faces resistance from several northeastern states where most Chakma and Hajong refugees are settled. So, the centre has decided that it is going to approach the Supreme Court to seek a "modification" to its 2015 order that it has to comply with.

"It is not possible to implement the Supreme Court judgement as it infringes on the rights of people of Arunachal Pradesh," Minister of State (Home) Kiren Rijiju told NDTV.

According to him, as a home minister, it is his duty to implement the decision of the court but as an MP of the state, he also has to put across the sentiments of people of his state before centre. Also he has to see that constitutional rights of the tribals in Arunachal Pradesh are protected, he said.

"We must ensure that the constitutional rights of any indigenous people or any citizen also needs to be taken into consideration," he added.

According to the minister, the settlement of the refugees from the erstwhile East Pakistan in the 1960s was a violation of the Bengal Eastern Frontier Regulation of 1873, currently known as Inner Line Permit, as an outsider has to take special permission before visiting Arunachal Pradesh.

"We have to soon impress upon the Supreme Court that this. Anomaly has to be rectified as this is violation of the constitutional rights of the tribal people of Arunachal Pradesh. We will seek a modification of the order," he told NDTV.

The minister who hails from Arunachal himself explains that the state is a protected territory and if the citizenship to the Chakma-Hajong refugees are given, it will skew the social structure of the state.

"We will tell the Supreme Court that the order is not implementable," he said.

Earlier today, Arunachal Pradesh Chief Minister Prema Khandu also wrote a letter to Union Home Minister Rajnath Singh saying that tribal rights of state's residents need to be protected. "If they are settled in the state then the entire demography would change," he wrote.

The Union government finds itself in a fix over the issue as the Supreme Court order of 2015 clearly states that Chakma-Hajong refugees need to be given citizenship.

A political match has also broken out around the issue with the centre blaming the Congress for settling them in Arunachal Pradesh without taking the local administration in confidence.

Promoted
Listen to the latest songs, only on JioSaavn.com
There are about 1 lakh Chakma and Hajong refugees in India. At present, they don't have citizenship and land rights but are provided basic amenities by the state government.

The Arunachal Pradesh government had approached the top court in the past to review its order but in vain. After the Supreme Court's rejection, both the central and state governments have started consultations to find a solution to the issue.