The minister also announced that from this year onwards ten best national parks, five coastal and marine parks and top five zoos in the country would be ranked and awarded every year. 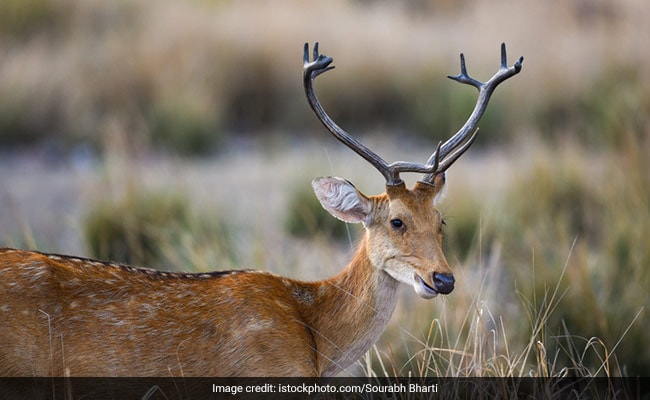 In order to assess the efficacy of protected areas, evaluation of MEE is required (Representational)

Environment Minister Prakash Javadekar on Monday released Management Effectiveness Evaluation (MEE) report of 146 national parks and wildlife sanctuaries in the country, saying 70 per cent of global tiger population and over 60 per cent of leopard population in India is a certificate of its thriving biodiversity.

The minister also announced that from this year onwards ten best national parks, five coastal and marine parks and top five zoos in the country would be ranked and awarded every year.

"Seventy per cent of the global tiger population, 70 per cent of asiatic lions and more than 60 per cent of leopards'' population in India is a certificate of India's thriving biodiversity, as these big cats sit at the top of food chain and their growing numbers shows the well being of the whole ecosystem," Javadekar said while releasing the report for the fist time.

Two wildlife's sanctuaries in UP -- Turtle WLS and Jai Prakash Narayan Bird sanctuary -- and one each in Haryana, Assam and Rajasthan ranked as the bottom five.

At present, India has a network of 903 protected areas covering about five per cent of the total geographic area of the country. In order to assess the efficacy of protected areas, evaluation of management effectiveness is required, the ministry said.

Management Effectiveness Evaluation (MEE) of Protected Areas (PAs) has emerged as a key tool for PA managers and it is increasingly being used by governments and international bodies to understand the strengths and weaknesses of the protected area management systems, it said.

"MEE is a very important document that provides valuable guidance on various aspects of wildlife and protected areas...A new framework for MEE of Marine Protected Areas has been also jointly prepared by Wildlife Institute of India (WII) and the ministry and it will be very useful document to implement," the ministry said.

The assessment process of India's National Park and Wildlife Sanctuaries was adopted from International Union for the Conservation of Nature (IUCN) World Commission on Protected Areas (WCPA) framework of Management Effectiveness Evaluation (MEE).

There are 30 ''Headline Indicators'' developed under six elements of MEE framework suitable in Indian context for evaluation.

The environment minister also launched the Management Effectiveness Evaluation of Indian Zoos (MEE-ZOO) framework which proposes guidelines, criteria and indicators for evaluation of zoos of the country in a manner which is discrete, holistic and independent.

The assessment criteria and indicators look beyond the traditional concepts, include issues of animal welfare, husbandry and sustainability of resources and finance.

"The MEE-ZOO exercise is moving towards developing highest standards in zoos across India and adhering to core values of accountability, transparency, innovation, use of technology, collaboration and integrity to achieve the mandate of conservation of endangered species," it said.