Earlier, retailers were allowed to hold onion stock up to 10 tonnes and wholesalers up to 50 tonnes. 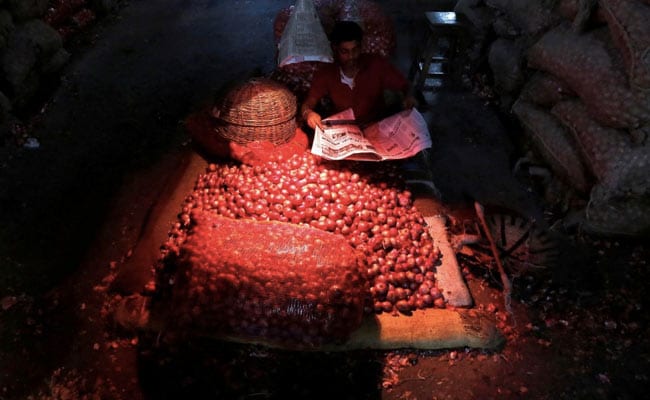 Continuing the efforts to curb rising onion prices, the government today reduced the stock holding limit for retailers and wholesalers to 5 tonnes and 25 tonnes, respectively.

Onion prices have been ruling high for the past few weeks even as various measures have been initiated to increase supply of the key kitchen staple.

Earlier, retailers were allowed to hold onion stock up to 10 tonnes and wholesalers up to 50 tonnes. Now, they can hold half of it, as per an order issued by the Consumer Affairs Ministry.

The revised stock holding limit would not be applicable for imported onions.

Retailers and wholesalers have also been directed to provide details of onion stock procured and sold on a daily basis to the ministry, the order added.

Responding to a query on onion prices in Parliament today, Minister of State for Consumer Affairs Danve Raosaheb Dadarao said there is no proposal to provide onions at an uniform rate across the country.
"No sir. There is no such proposal," Mr Dadarao said in a written reply to the Lok Sabha.

Onion prices remain high in the range of Rs 75-100/kg across major cities of the country.

The average selling price ruled at Rs 75 per kg on Tuesday (December 3), while the maximum rate of Rs 140 per kg was recorded in Port Blair, according to the data compiled by the Consumer Affairs Ministry.

On November 19, Food and Consumer Affairs Minister Ram Vilas Paswan had said onion production in kharif and late-kharif seasons of 2019-20 is estimated to fall 26 per cent to 5.2 million tonne.

Besides imposing stock holding limits, the government has already banned exports and has decided to import 1.2 lakh tonnes of onions to improve the domestic supply and control prices.

State-owned trading firm, which is importing onions on behalf of the Centre, has placed an order of 11,000 tonnes of edible bulb from Turkey. This is the second import order placed by the firm. The public sector firm is already importing 6,090 tonnes from Egypt.