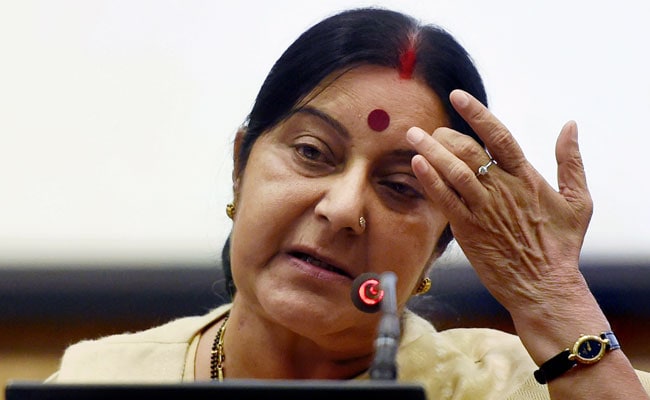 Sushma Swaraj said government was steps to ensure welfare of the Indian community in Gulf.

New Delhi: External Affairs Minister Sushma Swaraj on Thursday said in Rajya Sabha that 55,730 Indians have returned from Saudi Arabia since August 2015 and the government was closely monitoring the situation in Gulf countries - which are plagued by economic downturn due to fall in crude oil prices.

She also said government was taking all possible steps to ensure welfare and protection of the Indian community in these countries.

According to the minister, multilingual helplines have been set up in India and in Gulf countries. Indian Worker Resource Centre (IWRC) has also been set up in Dubai that provides toll-free helpline and walk-in counselling facilities, she added.

"Four more IWRCs have been approved in Sharjah, UAE, Riyadh and Jeddah in the Kingdom of Saudi Arabia and Kuala Lumpur in Malaysia," said Sushma Swaraj.

"There is around 8 million strong resident Indian community in the Gulf countries. An estimated 70 per cent of them are blue collar workers. Indian Missions in Gulf countries receive various types of complaints from Indian workers including non-payment/delayed payment of wages, sudden closure of companies, ill treatment, excessive working hours, filing false charges with police authorities, withholding of passports, dishonouring terms of the contract, exit visa, etc," she added.

The economies of Gulf countries are facing an economic downturn due to fall in crude oil prices.

"Those employed in oil and gas and construction sectors are among the most vulnerable where downsizing and lay-offs have been reported. There are some reports of Indian workers being asked to leave before completion of their existing contracts," said Sushma Swaraj.

She also pointed out instances of unpaid salaries for last few months and non-availability of food in some labour camps of two big companies in Saudi Arabia have also been reported by Indian workers.

"The government is closely monitoring the situation and is taking all possible steps to ensure the welfare and protection of the Indian community. Our Missions and Posts have been pro-active in liaising with the host countries in resolving difficulties faced by Indian workers," she added.

"The responsibility of resettlement of the returnees primarily rests with the state governments. The Government stands ready to extend necessary cooperation to states in this regard," said Sushma Swaraj.