Centre Determined To Vaccinate Everyone By This December: Minister

The government under the leadership of Prime Minister Modi is running the world's biggest vaccination programme and have till date vaccinated 69 crore people free of cost, said minister G Kishan Reddy 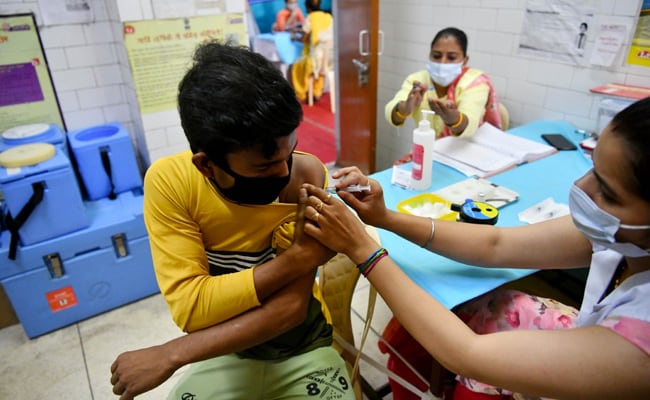 Centre Determined To Vaccinate Everyone By This December: Minister (FILE)

The government is determined to vaccinate everyone by December this year under the COVID-19 vaccination programme, Union Minister G Kishan Reddy said in Hyderabad on Sunday.

The government under the leadership of Prime Minister Narendra Modi is running the world's biggest vaccination programme and have till date vaccinated 69 crore people free of cost, which is a major accomplishment by itself, the Union Culture and Tourism Minister G Kishan Reddy, said, according to a release.

"We want to reach out to the last person to be vaccinated in the country, in the most remotest part by December this year. It is also a matter of great pride that India was one of the two countries which invented a vaccine for COVID, besides USA, this raised the stature of Indian scientists and the country in the world," the release quoted Kishan Reddy as saying.

"As many as 153 countries have sought our vaccines and some even paid the respective companies advance amount, but the government placed an embargo on export till people in our country are vaccinated," he said.

The Union Minister said recently 1.33 crore people were vaccinated in a day and the government is proactively trying to vaccinate everyone by December (2021), that will enable to open up the country's tourism sector by January 2022.

The tourism sector was adversely impacted in the last two years, be it travel agents, tour operators and employees from tourism sector encountered lot of hardship during this time, he said.

He further said a massive publicity will be done abroad about India's tourism sector from January 2022.

"Even in our country we will run "Dekho Apna Pradesh" to target home grown tourists. Prime Minister in fact wanted every Indian who can afford, to visit at least 15 tourist places in the country and we will encourage Indians to opt for tourism in the country," he said.

He further said the government has begun to draft a tourism policy, which will be accessible to public on the website.

In that golf tourism will be given special emphasis, that will attract lot of golf players and enthusiasts, he said.

"We will consult with the golf associations in the country and create a plan, which will be publicised through Indian Embassies across the globe and in a big way encourage Golf Tourism to attract Golf Tourists," the Union Minister said.