"Under Guise Of Coal Shortage...": Congress Leader's Jab At Centre

The Ministry of Coal on Sunday reassured the country that ample coal is available in the country to meet the demand of power plants. 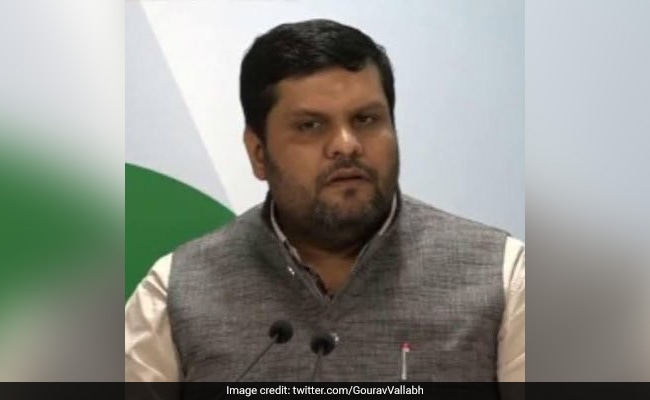 Congress Gourav Vallabh said centre has put the country into a panic mode.

Congress leader Gourav Vallabh on Sunday alleged under the guise of coal shortage, the Centre could be attempting to provide benefits to corporates by increasing coal prices.

"Under the guise of coal shortage government could be attempting to provide benefits to its suit-wearing friends (corporates). Or else they could be trying to cause maximum losses to electricity service providers and sell them to the corporates," he told ANI.

Mr Vallabh also said that the Centre was not concerned about the governance and had put the country into a panic mode.

"The Centre only cares about optics rather than substance and governance. Does the Centre not know about the coal stock and per day consumption? They are only coming forward when various state governments raised the matter of coal shortage. Is the present stock of coal enough for the upcoming festive season? Why are they putting the country into panic mode?. There is absolutely no trust in the words of the Centre because whatever they say is not true," he said.

The Ministry of Coal on Sunday reassured the country that ample coal is available in the country to meet the demand of power plants.

In an official release, the Ministry said any fear of disruption in the power supply is entirely misplaced.

"The coal stock at power plant end is about 72 lakh tonnes, sufficient for 4 days requirement, and that the Coal India Limited (CIL) end is more than 400 lakh tonnes, which is being supplied to the power plants," said the release.

Delhi Chief Minister Arvind Kejriwal wrote a letter to Prime Minister Narendra Modi on Saturday claiming that there is a coal shortage situation that has affected the power generation plants supplying power to NCT and requested him to intervene in the matter.