The Central Reserve Police Force (CRPF) has created a team of 1,800 personnel to act as responders against chemical, biological, radiological and nuclear (CBRN) attacks and various other disasters. 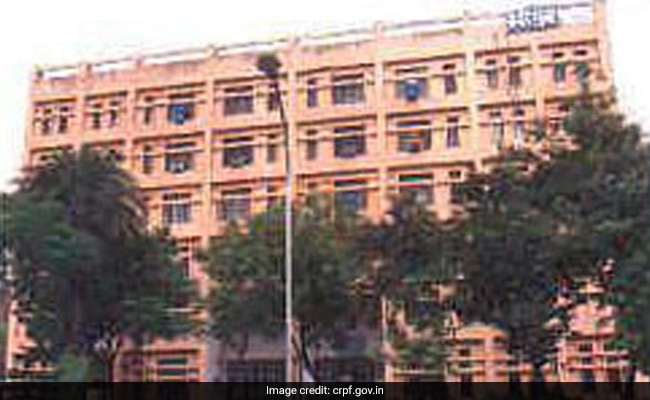 The team is of about 1,800 personnel within the CRPF's special anti-riots wing Rapid Action Force. (File)

The Central Reserve Police Force (CRPF) has created an exclusive team of about 1,800 personnel within its special anti-riots wing Rapid Action Force (RAF) to act as responders against chemical, biological, radiological and nuclear (CBRN) attacks and various other disasters, a senior officer of the force said on Thursday.

The country's largest paramilitary forces has 15 battalions of the blue dunagree-wearing Rapid Action Force that is deployed across the country to combat riots, protests and for assisting state police forces in various law and order duties.

"It has been planned to create two teams of 60 personnel each in all the 15 RAF battalions," a senior Central Reserve Police Force officer said.

"Thirteen RAF teams have been trained by the National Disaster Response Force and at a specialised training centre in Coimbatore till now," he added.

He said the decision to have responders for chemical, biological, radiological and nuclear disasters, along with rescuers to help people affected by other man-made and natural disasters, was taken after after Prime Minister Narendra Modi recently asked various agencies to enhance their capabilities in the field of disaster management.

Subsequently, Union Home Minister Amit Shah asked all central forces to have this component in their establishment during a review meeting of the National Disaster Management Authority (NDMA) held in June last year in Delhi, he said.

The new CBRN teams displayed their skills during the 29th raising day celebrations of the RAF held at its 108th battalion campus on Thursday, where Minister of State for Home Affairs Nityanand Rai took the salute of a ceremonial parade.

The Rapid Action Force was raised in 1992 under the Central Reserve Police Force and has a total of 15 battalions at present.

A single RAF battalion has a standard strength of over 1,100 personnel.

The last five RAF battalions were sanctioned by the Union Home Ministry in 2018.

The CRPF is the country's largest central armed police force, with about 3.25 lakh personnel in its ranks and is designated as the lead national internal security force.