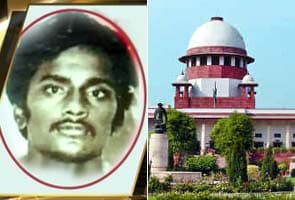 New Delhi: The encounter killing of Maoist leader Azad in July last year will now be investigated by the Central Bureau of Investigation (CBI).

The Andhra Pradesh government today informed the Supreme Court that it will issue notification for a CBI probe into the killing of Azad and journalist Hemchandra Pandey.

Promoted
Listen to the latest songs, only on JioSaavn.com
Earlier the Supreme Court expressed displeasure over the incident and had remarked "we cannot allow the republic killing its own children."

Azad, a senior member of banned CPI (Maoist) Central Committee, and Pandey, who was dubbed by the police as a Maoist, were killed in an alleged fake encounter on the intervening night of July 1-2, 2010, in Adilabad district of Andhra Pradesh.