A chargesheet was filed against Bhupinder Singh Hooda and Congress leader Motilal Vora by the CBI in December.

Former Haryana chief minister Bhupinder Singh Hooda's homes in Rohtak and Delhi were raided on Friday morning by officials of the Central Bureau of Investigation (CBI) in connection with a land deal case. The agency has registered a new case against Mr Hooda and others over alleged irregularities in land allotment between 2004 and 2007, when he was the chief minister of the state.

The CBI is conducting searches at more than 30 places in Delhi and nearby areas in connection with the land allocation irregularities case. A team of officials from the agency reached Mr Hooda's home in Rohtak this morning.

"Over 30 places in Delhi and the National Capital Region, including Hooda's Delhi residence, were raided in connection with alleged irregularities in land allotment between 2004 and 2007," a senior CBI official told news agency IANS.

"This is a result of political vendetta. I will fight this battle myself. I have complete faith in the judiciary. No one can silence my voice," Mr Hooda said. He was expected to address a rally in Haryana's Jind city later in the day.

In 2016, Haryana's vigilance bureau first launched a probe into how the Haryana Urban Development Authority under Mr Hooda had allotted land to the Associated Journals, the group that owned Congress-linked National Herald newspaper. 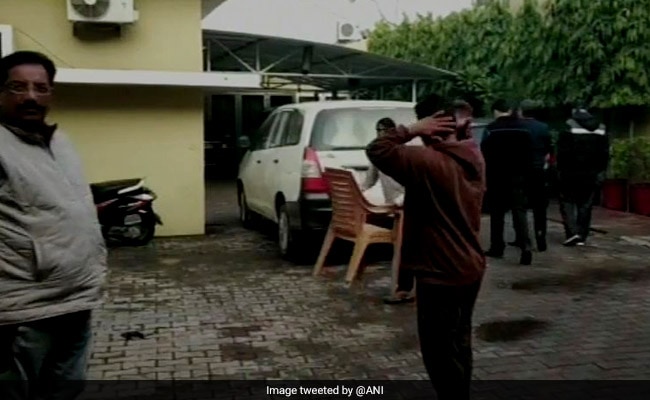 The CBI which took over the case says that the re-allotment of this land in Panchkula when nothing had been built in 2005 is illegal. The original allotment was in 1982 and it was taken away in 1996, when there was failure to build on it. The re-allotment happened under Mr Hooda which is why he and other officials have been charged with cheating and corruption.

A chargesheet was filed against Mr Hooda and Congress leader Motilal Vora by the CBI in December. The probe agency alleged that the re-allotment of the plot led to a loss of Rs. 67 lakh for the exchequer.

They have been charged for alleged criminal conspiracy and corruption.