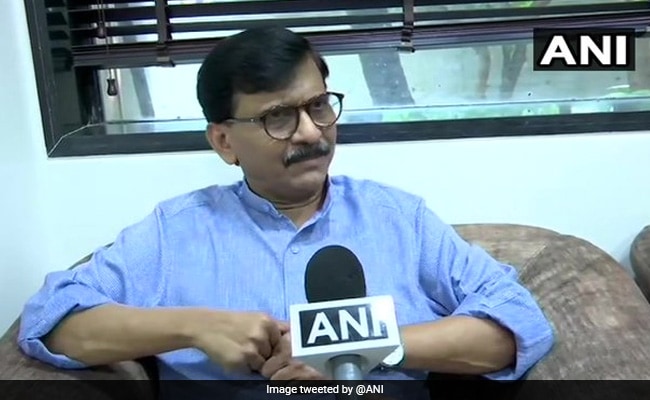 The Central Bureau of Investigation (CBI) interferes with ongoing local cases, which is an abuse of the state's rights, the Shiv Sena said today explaining why the Maharashtra government had withdrawn a general consent to the Central agency.

"In the case of a national issue, CBI has the authority to investigate. We had to take this decision because of its interference in the matters of the state already being probed by our police," ANI reported Shiv Sena leader Sanjay Raut as saying.

"Maharashtra and Maharashtra Police have their own rights as per the Constitution and if someone tries to abuse these rights, then the government has to take such decisions," Mr Raut said.

"There was talk of the CBI being misused. It is a professional and premier investigative organisation. The TRP case is being probed by Mumbai Police and a similar case has been registered in Uttar Pradesh. There may be a ploy to hand over the case to the CBI. The CBI should not be used for political purposes," Mr Deshmukh told reporters earlier this morning,

He was referring to Wednesday's withdrawal of the general consent to the CBI by the Maharashtra government, setting off a political controversy.

Maharashtra's order, however, will not affect ongoing cases in the state. The CBI will have to take permission from the state on a case-to-case-basis in future.

The move came hours after the CBI filed a case to investigate the ratings scam on the basis of a complaint filed in NDA-ruled Uttar Pradesh.

Mumbai Police is already investigating three channels, including Republic TV, over allegations that ratings were being rigged. Republic TV has denied any wrongdoing.

Earlier this year, the CBI got involved in probing the death of Bollywood actor Sushant Singh Rajput after a case was filed in NDA-ruled Bihar and the Supreme Court ordered the Central agency to take over the probe from Mumbai Police.

Three other non-BJP-ruled states - Rajasthan, Chhattisgarh, and West Bengal - too, have withdrawn their general consent for the CBI within their jurisdiction.