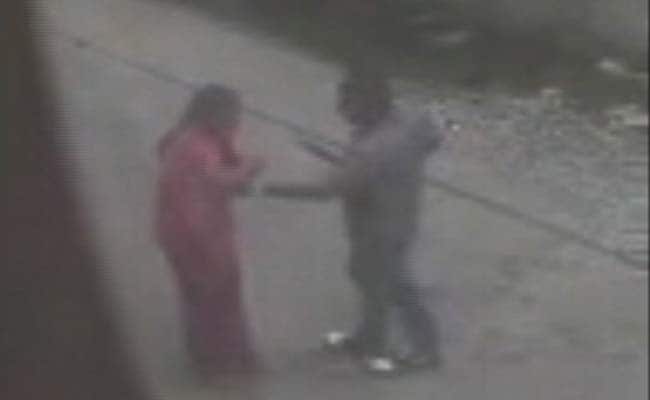 A robbery in Chennai caught on camera

Chennai: The video of a woman being robbed at knife point on a road has caused alarm in Chennai. Several police teams are looking for the man seen holding a big knife as the terrified woman takes off her jewellery and hands over the pieces.

The two are apparently being filmed by a person from the first floor.

A cyclist passes them by but doesn't stop or react to the scene.

After grabbing the gold, the man is seen jumping onto a bike driven by an accomplice and rushing away.

The woman was driving a scooter and was not far from her home when the men on the bike hit her. When she fell, the man sitting pillion pulled out a knife and threatened to kill her if she did not turn over her cash and jewellery.

Promoted
Listen to the latest songs, only on JioSaavn.com
A senior police officer said, "We have formed teams to catch the men. The woman has filed a complaint. She says she was robbed of nine tola of gold. We are examining the video and are looking at all angles."

The woman was reportedly scared of filing a complaint but local people, armed with the video footage filmed by a resident, alerted the police.