Caught On Camera, 3 Newborn Tiger Cubs With Their Mother In Sariska

With the birth ofthree cubs, the number of tigers in the reserve has gone up from 14 to 17. Out of them five are cubs and 12 are adults. 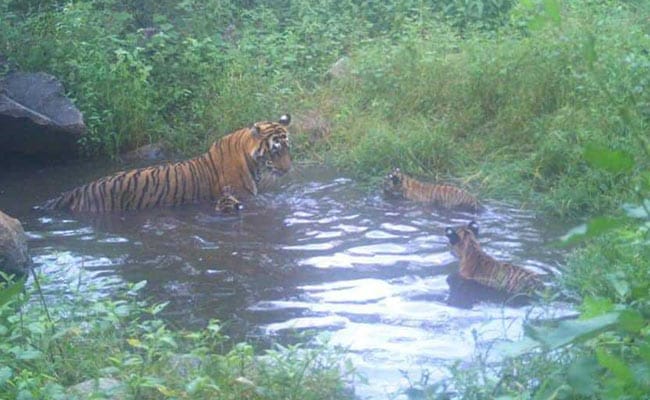 There is a good news from Sariska Tiger Reserve in Rajasthan. A tigress has given birth to three cubs and were caught on a hidden camera.

Tigress ST12 was captured on a hidden camera near a water body with her three cubs on August 31. Forest administration is cheering the news after a tigress went missing earlier this year and a tiger was poached.

With the birth of three cubs, the number of tigers in the reserve has gone up from 14 to 17. Out of them five are cubs and 12 are adults.

Sariska is the first place, anywhere in the world, where tigers have been successfully relocated to after all tigers were wiped out in 2004-2005 by poachers.

The national park had become a flashpoint for the conservation crisis gripping the country, but slowly the relocation of tigers have turned that story around.

Meanwhile, the tiger population in Rajasthan has been growing with the birth of over 30 cubs in the last two years.