The FIR was registered against them on Wednesday as per a complaint by Pawan Chawla, the director of P&M Movies Pvt. Ltd, a firm engaged in the business of celebrity management and events, they said. 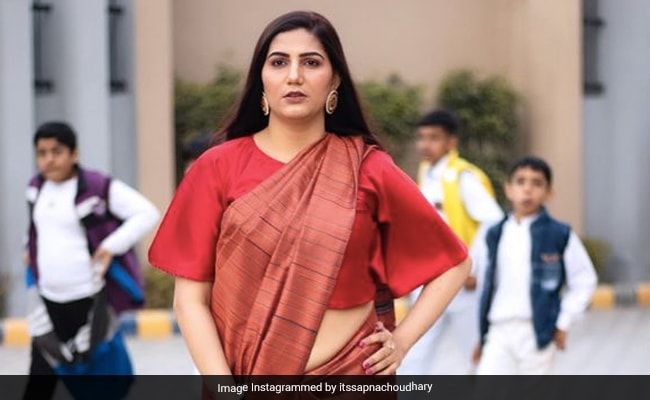 As per FIR, complaint claimed that Sapna Choudhary broke an artist management agreement.

The Delhi Police's Economic Offences Wing has registered an FIR against Haryanvi singer Sapna Choudhary and others on charges of alleged misappropriation of funds, cheating and criminal conspiracy, officials said on Thursday.

The FIR was registered against them on Wednesday as per a complaint by Pawan Chawla, the director of P&M Movies Pvt. Ltd, a firm engaged in the business of celebrity management and events, they said.

According to the FIR, Ms Choudhary approached Mr Chawla in March 2018 through a common friend after her exit from a popular reality show and showed a keen interest to work with the firm to get financial stability.

After several discussions, an artist-management agreement was executed between Mr Chawla and Ms Choudhary in 2018.

As per the terms and conditions, she was not allowed to work with or join any other company or have contact with any clients of the complainant.

In May 2018, Ms Choudhary and her mother approached Mr Chawla for Rs 50 lakh citing an emergency, following which two cheques of Rs 25 lakh each was given to her, the FIR stated.

In August, she returned a cheque of Rs 10 lakh to Mr Chawla and by September, she gave him back Rs 3 lakh. She then took Rs 1.5 lakh from him by November and this way, she took an amount of Rs 38.5 lakh in total from Mr Chawla, it said.

On the pretext of purchasing a new house, Ms Choudhary also got loans arranged from Mr Chawla but did not pay the remaining amount despite several promises, the complainant alleged.

In January 2020, another artist-management agreement was executed between Ms Choudhary and Mr Chawla during which she had tally entire loan accounts rendered by the complainant and their associates and confirmed that Rs 3.5 crore loan amount was pending from her side, the FIR said.

Later, in March 2020, Mr Chawla alleged that he got to know that Ms Choudhary had opened a branch office of his company in Gurgoan and had also involved one of his employees in her venture.

"The accused persons have committed breach of trust and misappropriated huge amount collected by organising several events clandestinely. The intention of the accused was to extract money by way of loan extended to over Rs 3.5 crore on the pretext of emergent need for purchase of house and other emergencies," the FIR stated.

In September 2018, at the time of approaching Mr Chawla for Rs 1 crore loan for purchase of a new house, the accused had induced that if she will not refund the loan amount, she will surely execute the sale deed of flat in Gurgoan in his favour, and on the said assurance, the huge amount was disbursed to the accused, it added.

The complainant has also alleged that he was intimidated by the accused when he asked her to abide by the terms and conditions of the agreement executed between the two parties on January 30 last year and clear the outstanding loan amount.

A case has been registered against the accused and an investigation is underway, a senior police officer said.