As the popular Sapna Choudhary track began to play, some policewomen took to the stage and started dancing. 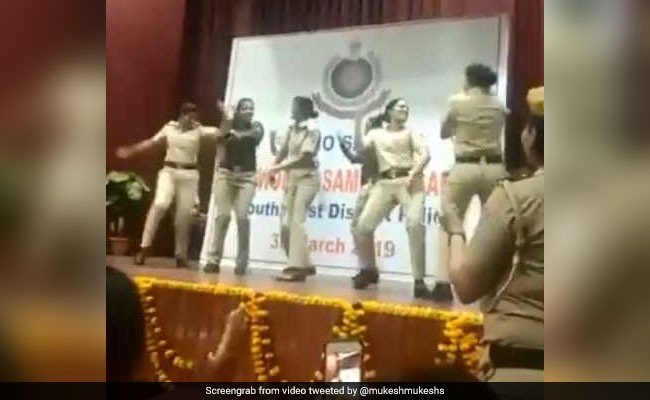 In a rare light-hearted moment captured on camera, women police officers in Delhi grooved to a popular Haryanvi song 'Teri Aakhya Ka Yo Kajal' during a recent event. On Saturday, March 30, the event called 'Suno Saheli' was organised for the South-West District Police under the aegis of All Women Sampark Sabha. During the event, as the popular Sapna Choudhary track began to play, some policewomen took to the stage and started dancing.

Soon, what started off with just three to four cops evolved into a mini dance party. A cop even pulled IPS officer Benita Mary Jaiker to the stage to shake a leg with them - which she sportingly did.

The video of their dance has been shared widely online. Watch it below:

On Twitter, many applauded the video and praised Delhi Police.

Delhi Police has got Chill! https://t.co/7tCnE5vg2s

Actor and dancer Sapna Choudhary shot to fame after her stint in Bigg Boss. In 2018, she was among the most-searched persons on Google.