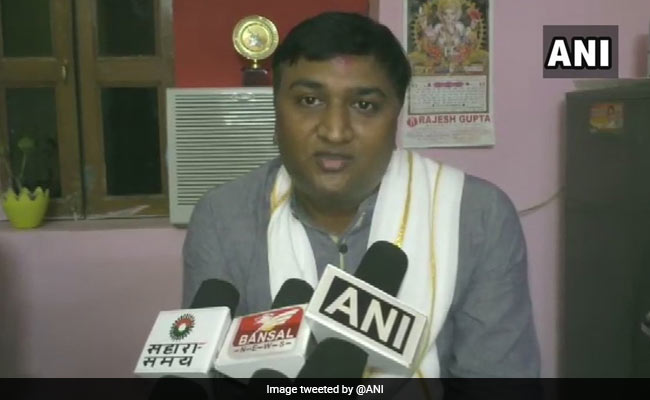 Rahul Singh Lodhi has denied that his SUV was involved in the accident. (ANI)

A case has been registered against former union minister Uma Bharti's nephew, a BJP MLA, after his SUV was involved in an accident that left two people dead in Madhya Pradesh's Tikamgarh.

A case has been registered against the legislator for causing death by negligence.

However, it is not clear whether Mr Lodhi was present inside the SUV at the time of the accident.

"A case has been lodged against the BJP MLA from Khargapur seat Rahul Singh Lodhi on the complaint of a local resident, in connection with the mishap which happened at around 3.30 pm on Monday," senior police officer Anurag Sujania said.

The politician claimed he was in a village in his constituency, about 20 kms from the spot of the accident, when the car crash happened. "I was in Phuter the entire day. I had called my driver there. He told me about the accident he witnessed involving two autos and a bike," Mr Lodhi was quoted as saying by news agency ANI.

The accident took place at Papavani village on Tikamgarh-Chhatarpur road at around 3 pm on Monday when the speeding car hit the bike killing two persons on the spot and seriously injuring another.