CPI(M) leader Jitendra Choudhury has been charged with criminal conspiracy, rumour mongering, spreading communal disharmony for his social media post on breaking down of the statue. The 17-feet high statue of a tribal woman collapsed on Saturday morning due to heavy rain and storm, the police said. 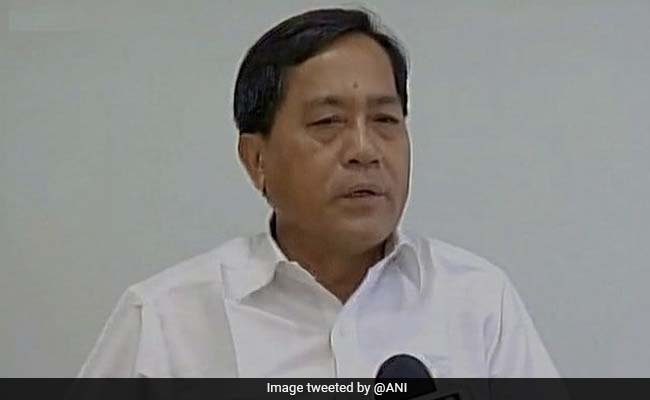 Tripura Police on Sunday registered a case against opposition CPI(M) leader and former MP Jitendra Choudhury for his social medial post on the statue of an indigenous woman breaking down into pieces at Khumulwng in West Tripura district.

Mr Choudhury has been charged with criminal conspiracy, rumour mongering, spreading communal disharmony for his social media post on the breaking down of the statue, police said.

A 17-feet high statue of a tribal woman collapsed on Saturday morning due to heavy rain and storm, the police said.

"It is clear from the post of Communist Party of India (Marxist) and Jitendra Choudhury, that they had a bad intention to distort the facts. We see it as a criminal conspiracy to spread communal hatred among the different communities of the state and it was a deep rooted conspiracy hatched by the party", Mihir Sarkar said in his complaint.

The official Facebook page of Tripura Police also said, "Rumours are being spread in social media about one broken statue at Khumulwng, PS Radhapur, West district with an attempt to cause disharmony among the communities. Actually, it fell down due to heavy rain and storm. A police party was present at that time when it fell down. A general diary entry has been recorded in the Radhapur police station in this regard."

The police also appealed people not to believe and spread rumours in their post and threatened to take legal action against the violators.

Jitendra Choudhury in his reaction said, "I didn't make any such post which mentioned that BJP or RSS cadres have committed the crime. I said from the very first day of this government, their culture of violence started by dismantling statues of Lenin, Karl Marx and many others."

"Let them initiate legal action, I am ready to face trial for my comment", he added.