Read inOther Languages
This Article is From Sep 05, 2020

The driver slammed the brakes to avoid collision with the animal. 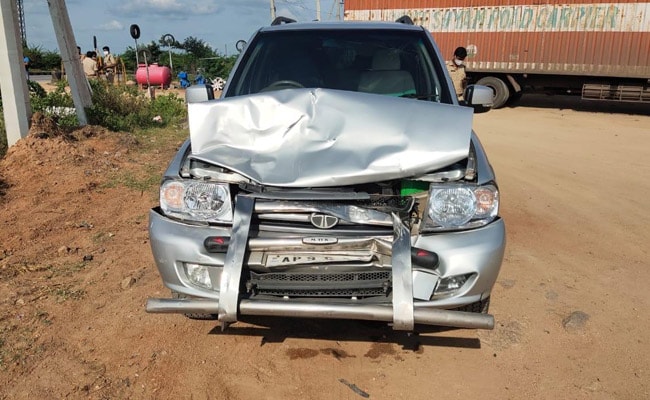 The bonnet of a car got completely smashed (File)

Former Andhra Pradesh chief minister N Chandrababu Naidu had a narrow escape on Saturday as cars in a convoy he was traveling in collided with each other. The leader's car was unharmed.

According to reports, the accident took place as Mr Naidu was traveling from Vijaywada to Hyderabad. A stray cow came on the highway suddenly, leaving little room for the driver of an escort vehicle to stop.

The driver slammed the brakes to avoid collision with the animal. The cars behind the escort vehicle, however, hit one another.

A visual of the car that took the maximum damage shows the bonnet of the vehicle completely smashed.

Fortunately, no one was seriously injured in the accident.