Not Proud Of "Father Of India" Praise For PM? Maybe You're Not Indian: Minister

Donald Trump's comment about PM Modi being "the father of India" came after a senior Democratic leader praised Mahatma Gandhi and Jawaharlal Nehru, Congress icons routinely attacked by the BJP 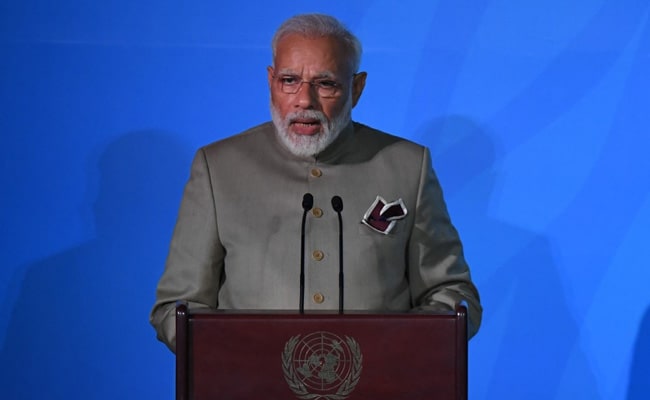 Those unwilling to accept Prime Minister Narendra Modi as "The Father of India" cannot call themselves Indians, Union Minister Jitendra Singh said on Wednesday, responding to a comment by United States President Donald Trump in which he praised the PM for unifying the country after "a lot of dissension, lot of fighting". The remark by an American president who has routinely made contentious, and sometimes, false statements, raised eyebrows given that the honorific is widely seen as a tribute to Mahatma Gandhi, who played a key role in India's fight for independence.

"People who live abroad are proud today of being Indian. This is happening due to the personality and personal outreach of Prime Minister Modi," Jitendra Singh, MoS for the Prime Minister's Office, was quoted by news agency PTI.

"This is the first time that an American president has used this kind of words of praise not for an Indian Prime Minister but for any other world leader and if someone is not proud of this, then maybe he does not consider himself Indian," Mr Singh said, adding that if the Congress had a problem with Mr Trump's claim, they could argue with him..

On Tuesday, speaking to reporters in New York City, Donald Trump, 73, said he "remembered India before... it was very torn" and said the Prime Minister deserved credit for doing "a fantastic job".

"I remember India before... it was very torn. There was a lot of dissension, lot of fighting. And he brought it all together. Like a father would bring it together. We would call him the father of India... I think he has done a fantastic job," Mr Trump declared. 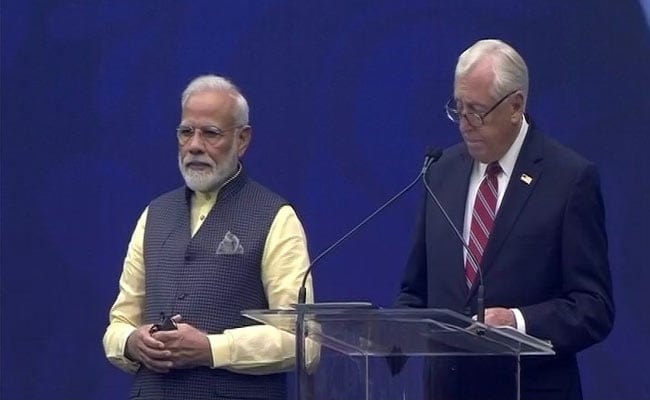 His comments came after US House Majority Leader Steny Hoyer referred to the teachings of Mahatma Gandhi and the secular vision of Jawaharlal Nehru, India's first Prime Minister and an icon of the Congress, while introducing PM Modi, 69, to a crowd of 50,000 for the 'Howdy, Modi!' event in Houston on Sunday.

The Congress, which has been critical of 'Howdy, Modi!', with party leader Anand Sharma attacking him for "actively campaigning for Trump", welcomed the senior Democratic leader's speech, while another senior Congress leader, Abhishek Manu Singhvi, took a dig at PM Modi.

"While the achievements of Nehru and Gandhiji were being mentioned, his (PM Modi's) expressions were worth seeing," he tweeted in Hindi.

Both Jawaharlal Nehru and Mahatma Gandhi have been targeted by the BJP.

Hours before the PM's event in Houston, Jawaharlal Nehru was blamed by BJP chief and Union Home Minister Amit Shah for the formation of Pakistan-Occupied Kashmir (PoK).