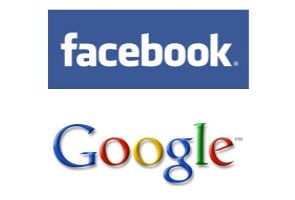 New Delhi: The Delhi High Court on Thursday warned social networking site Facebook India and search engine Google India that websites can be "blocked" like in China if they fail to devise a mechanism to check and remove objectionable material from their web pages.

"Like China, we will block all such websites," Justice Suresh Kait said while asking counsel for Facebook and Google India to develop a mechanism to keep a check on and remove "offensive and objectionable" material from their web pages.

The two companies had moved the High Court seeking a stay on summons issued to them by a Delhi trial court that is hearing a private criminal complaint against them. Justice Kait did not stay the proceedings against the two websites before the magistrate's court. The case comes up for hearing at the lower court today.

"No human interference is possible, and moreover, it can't be feasible to check such incidents. Billions of people across the globe, post their articles on the website. Yes, they may be defamatory, obscene but cannot be checked," Mr Rohatgi said.

He tried to distinguish between Google India and its US-based holding company Google Inc. "The US-based Google Inc is the service provider and not me (Google India) and hence, we are not liable for the action of my holding company. Moreover, it is a criminal case where a vicarious liability can be fastened on a company which has no role, whatsoever, in the alleged offence," the lawyer argued.

Citing provisions of the Information Technology Act, the counsel for Google India said these websites are protected by the law in respect of such "objectionable" material so far as they are not the authors. The websites, he said, may lose that legal protection if they either modify or monitor an article or comments or fail to deal with the complaints of an affected person or the government on such issues.

Advocate Siddharth Luthra, appearing for Facebook India, questioned the authenticity of the documents provided by the complainant, Vinay Rai, to the magisterial court. "We do not know as to when, how and from where, the documents came into being. They are not the documents as per the provisions of the Evidence Act," he said. Mr Luthra also said the social networking site could not be held accountable for the acts of third parties.

The High Court fixed the next hearing in case on January 16.

A Google spokesperson said, "We did file a petition before the Delhi High Court. The Court has now issued a notice to the petitioner. We can't comment further at this stage."

The criminal case against the two Web giants and 19 other companies has been filed by Vinay Rai, the editor of an Urdu daily.

Promoted
Listen to the latest songs, only on JioSaavn.com
The case is scheduled to be taken up today at the Patiala House trial court, which had earlier summoned the representatives of the 21 sites named after taking cognizance of the private criminal complaint. It had also directed the Centre to take "immediate appropriate steps" and also file a report on January 13.

Taking note of Mr Rai's complaint, the trial court had held that the websites named in the complaint connived with each other and various unknown persons to sell, publicly exhibit and put into circulation "obscene, lascivious content." The websites have been booked under section 292 (sale of obscene books etc), 293 (sale of obscene objects to young person etc) and 120-B (criminal conspiracy) of the Indian Penal Code.

N Rangasamy To Be Sworn In As Puducherry Chief Minister Tomorrow