New Delhi: A decision on whether Aadhaar, or the national identity card, violates the Constitution, will be declared by five senior most judges of the Supreme Court today. For a record 38 days, the Supreme Court heard some 27 petitions that had challenged the constitutional validity of Aadhaar and called it a violation of the right to privacy of citizens.

Following are the top 10 developments in this big story: 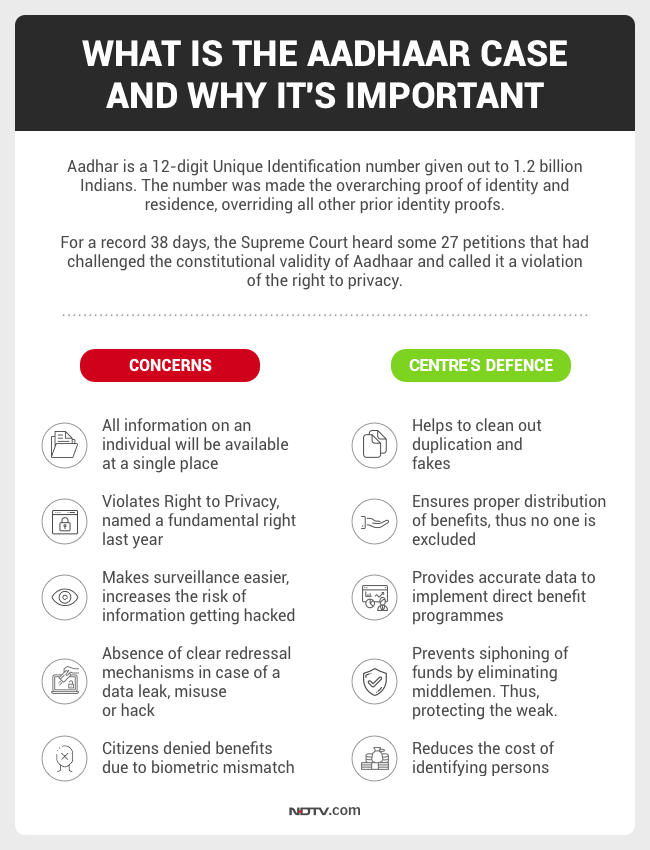