The National Films Archives of India or NFAI was established as an independent media unit under the Ministry of Information and Broadcasting in February 1964. 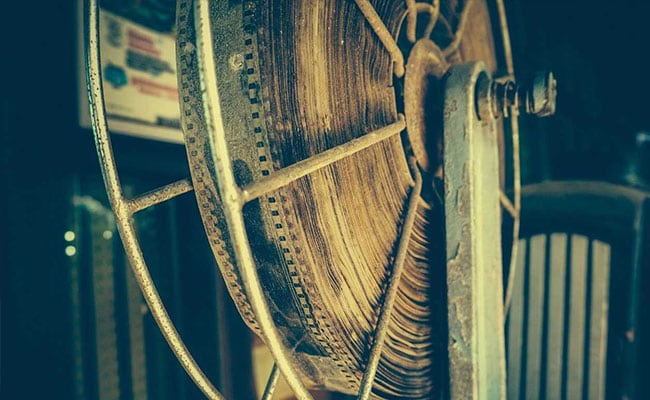 Over 31,000 precious reels or cans held by the National Films Archives of India are understood to have been lost or destroyed, according to the observations of a CAG report, which is contested by the NFAI.

The Department of Audit and Accounts under the Comptroller and Auditor General (CAG) had carried out a test check of records maintained by the Director, National Film Archives of India (NFAI) Pune between May 1, 2015 and September 30, 2017.

The check conducted locally between October 3, 2017 and October 18, 2017 under CAG's DPC Act pointed out at the missing reels.

The NFAI was established as an independent media unit under the Ministry of Information and Broadcasting in February 1964. One of its purposes is to trace, acquire and preserve for the use of posterity the heritage of national cinema and representative collection of world cinema.

The check report, accessed by an applicant under the Right to Information Act, said physical verification of library books was carried out in 2016-17 with the report submitted to the Director, no such exercise has ever been carried out in respect of other items like cassettes, disc records, audio CDs, posters etc.

The NFAI had initiated a project in 2010 for data entry, barcode label generation and label printing for about three lakh assets of NFAI including film reels, cans, books posters etc.

"From the bills submitted by the contractor and payment made it was observed that as against 1,32,000 film reels/cans available in NFAI''s film acquisition register/Annual Report 2016-17 the contractor had pasted bar code sticker only on 1,00,377 film reels cans, which indicate that more than 31,263 reels/cans were either lost/damaged," the auditor pointed out.

The report noted that there was nothing on record to indicate the item-wise number of bar code sticker pasted. Thus it could not be ascertained in the audit, the actual number of each item presently available with the NFAI which indicates that the very purpose of Asset management system as envisaged in the contract was not achieved.

When pointed out, the NFAI told the auditor that the bar code pasting was done for the times which are clear in all aspects like film accession number, basic records etc.

"Wherever the bidder had found discrepancies due to clerical error (by film checkers) the firm did not touch those items, therefore it is mentioned that bar code pasting was not done on each and every available assets available in NFAI but on the assets which were clear with film accession numbers.

"Therefore the contractor could only paste on 1,00,377 films cans for which he got the payment as per actual. This does not mean that rest of film reels 31,263 were lost of damaged," the report quoting the reply said.

In its reply, the NFAI also said the 1,32,000 figure mentioned by National Films Heritage Mission is not "sacrosanct". It is based on the preliminary assessment and available budget, the reply quoted in the report said.

It said the NFAI is in the process of film condition and collection assessment and will come to know of exact number of film reels available in its collection only post-completion of assessment project.

The auditor, however, found the reply unsatisfactory.

"The reply is not satisfactory as the project undertaken by the contractor could not either identify all the film reels in the NFAI or there was any asset management system developed in respect of all the film reels or books," the auditor underlined.

This indicates that neither project could identify all the films or books nor the system had developed any mechanism for physical verification of these stores and stocks, the report said.