Nitish Kumar welcomed provisions like an annual assistance of Rs 6,000 to farmers and Rs 3,000 monthly pension to those employed in the unorganised sector. 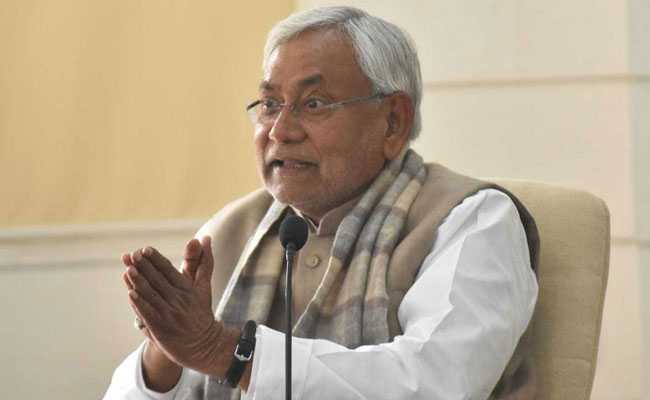 Bihar Chief Minister Nitish Kumar on Friday welcomed the interim budget as "positive", while his arch rival RJD national president Lalu Prasad dismissed it as a "basket of lies".

Mr Kumar welcomed provisions like an annual assistance of Rs 6,000 to farmers and Rs 3,000 monthly pension to those employed in the unorganised sector.

"The budget will strengthen the rural economy. Besides, raising income tax exemption from Rs 2.5 lakh per year to Rs 5 lakh per year will bring relief to the middle class," the chief minister was quoted as saying in an official release.

Lalu Yadav, who is serving sentences in a number of fodder scam cases, tweeted in Hindi, "Placing a basket of lies in the marketplace of jumlas will prove to be of no avail. People nowadays not only hear jumlas, but also see through these. And they respond not just with a smirk, but with guffaws."

Lodged in a Ranchi hospital for various ailments, Lalu Yadav keeps sharing his views on the microblogging site with the help of close aides, who operate his official Twitter handle.

He used a hashtag, AakhriJumlaBudget, seeking to "underscore the opposition's claim that the BJP has come up with a slew of sops in a desperate bid to avoid defeat in the upcoming Lok Sabha elections".

Meanwhile, at a press conference, AICC in-charge of Bihar Shaktisinh Gohil questioned Union minister Piyush Goyal, who is handling the Finance portfolio in the absence of ailing Arun Jaitley, presenting the Union Budget while holding the post of the BJP treasurer.

"Piyush Goyal should not have been allowed to present the Union Budget while holding the post of national treasurer of his party. There was conflict of interest," Mr Gohil alleged.