Nirmala Sitharaman's Daughter, Uncle In Parliament To Cheer Her On 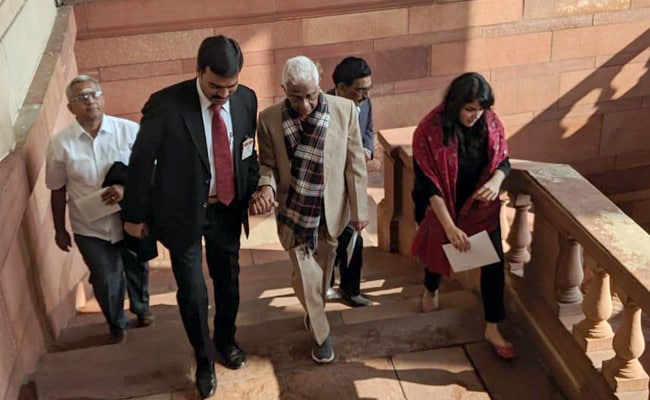 Nirmala Sitharaman's family was spotted in parliament as the Union Finance Minister got ready to deliver her second budget today. The minister's daughter Vangmayi Parakala, maternal uncle and cousin brother were seen on the way to the visitors' gallery of parliament shortly before the budget 2020 was to be presented.

Ms Sitharaman, the country's first full-time woman finance minister, had arrived in parliament around 10 am. Dressed in a yellow sari, she walked in carrying the red "bahi khata" - the budget files - a tradition she started last year, ditching the usual brief case.

The 60-year-old, who took charge after the BJP swept the general elections last year, presented her first budget in parliament on 5 July, 2019. 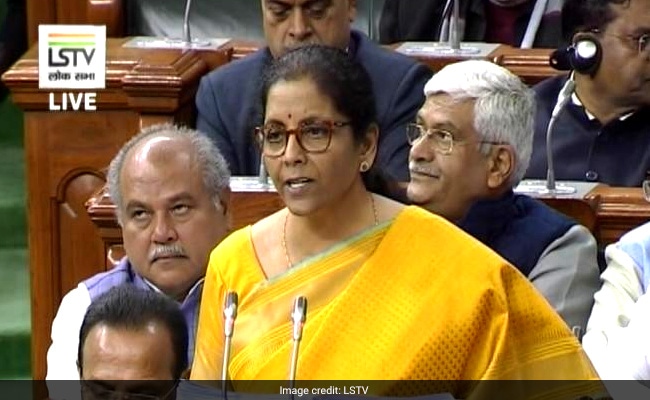 The current budget - the third within a year - is expected to bolster the frail economy and revive growth through steps to boost consumer demand.

The government is widely expected to raise spending on infrastructure and cut personal tax amid the biggest slowdown since the 2008-09 global financial crisis.

Over the last five quarters, the GDP growth has been on a downward spiral. It slowed to 4.5 per cent in the July-September quarter - the weakest pace since 2013.

In the first Budget of Prime Minister Narendra Modi's second term, the Finance Minister proposed to extend the 25 per cent ceiling to corporates with a turnover up to Rs 400 crore, eased foreign direct investment (FDI) restrictions in single-brand retail, and opened up FDI in aviation, insurance, media and animation sectors.

The Economic Survey has pegged gross domestic product (GDP) growth at 5 per cent, saying it said would pick up to 6-6.5 per cent in financial year ending March 2021.