BSP Will Fight Alone Instead Of Begging For Seats In Alliance: Mayawati

Mayawati last week called off talks with the Congress to fight the upcoming assembly polls in three states together. 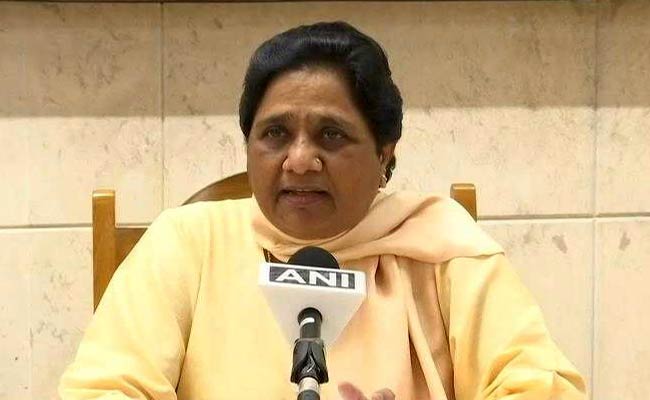 Mayawati said her party will continue to strive to oust the BJP government. (File)

Bahujan Samaj Party (BSP) chief Mayawati today said her party will rather fight elections on its own than "beg" for seats in any alliance.

Mayawati last week called off talks with the Congress to fight the upcoming assembly polls in three states together. The party did not agree to part with as many seats for the BSP as she had demanded.

A BSP statement quoting her said the party will never compromise with the self-respect of the Dalits, tribals, backwards, Muslims, other minorities and the upper castes' poor, irrespective of the "malice and torture" of the governments run by the Congress and the Bharatiya Janata Party (BJP).

"That is why the BSP has put forth the condition of being given a respectable number of seats to enter into an electoral alliance," Mayawati said, on the occasion of the death anniversary of the BSP founder Kanshi Ram.

The former Uttar Pradesh chief minister also said her party will continue to strive to oust the BJP government, describing it as casteist, communal, arrogant, malicious and narrow-minded.