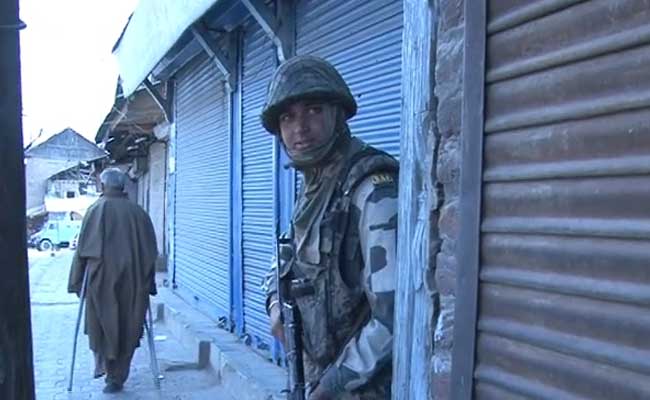 Officials said the meeting will take place on July 27-28.

Srinagar: Border guarding forces of India and Pakistan will hold their bi-annual DG-level talks on issues related to ceasefire violations, infiltration and digging of illegal tunnels along the International Border (IB) this week in Lahore.

Officials said the meeting will take place on July 27-28 and senior officials from here, led by BSF Director General KK Sharma, will leave for Pakistan tomorrow.

The other members of the 22-member Indian delegation will cross over from the Attari-Wagah land border at Amritsar.

The last such meeting between the Border Security Force and Pakistan Rangers was held here in September last year.

Officials said the IB has been "relatively less volatile" in nearly nine months since the last meeting between the two forces compared to the frequent ceasefire violations in Jammu and Kashmir in the early 2015. But infiltration and drugs smuggling continued to be a matter of concern.

They said the bi-annual meeting between the two border guarding forces has been delayed due to a number of bilateral issues.

The Indian side, during thier talks at the Rangers headquarters in Lahore, is also expected to raise issues related to smuggling of arms, contraband items and detection of illegal tunnels running across the IB.

Last time the two sides had met in Delhi and it was decided not to fire heavy artillery like mortar shells and ensure that civilians living along the IB were not harmed.

The two forces had also decided that their officials, right up to the level of Directors General, will exchange mobile numbers, email ids and fax numbers for swift communication to resolve disputes on the IB running through Indian states of Jammu-Kashmit, Punjab, Rajasthan and Gujarat.

The DG-level talks between the two sides are a bi-annual affair but many a time these meetings have not taken place due to strain in relations.