Unnao Rape Controversy: The girl's family says they have already suffered a lot and demand justice.

Unnao, Uttar Pradesh: Abrasions, contusions and bruises - a grisly account of 14 injuries in a postmortem report brings home the severity of the attack on the father of a minor girl from Uttar Pradesh, who has accused a sitting BJP lawmaker of raping her. The man, who was fighting for justice was arrested and died while in custody on Tuesday. The brother of the lawmaker from Unnao was arrested today for the assault and sent to jail for 14 days.

The postmortem report of the 55-year-old listed multiple abrasions near abdomen, buttocks, thighs, above and below knee joints and arms. It, however, listed blood poisoning due to perforation of colon as the cause of death. Perforation of colon, which is a part of intestines, can be caused by a number of diseases. It can also be caused by blunt trauma to the abdomen or a knife or gunshot wound.

The man's family has maintained that he died due the assault. They say he was arrested on the despite his horrific injuries on a complaint filed by his assailants, and was hospitalized only the day before he died. 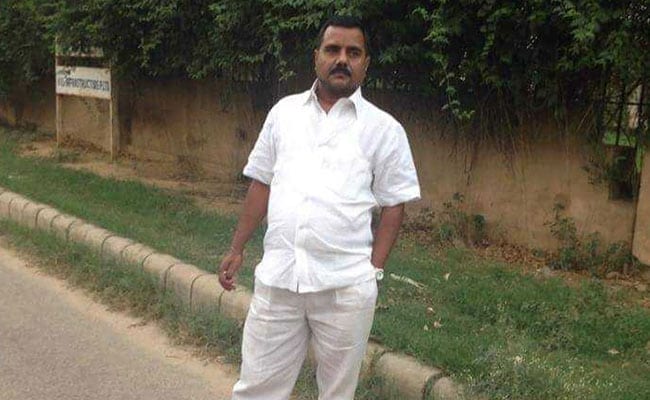 Atul Sengar had led an attack on UP teen's father last week.

Though the family's complaint about the assault named Atul Singh, along with a few others, the First Information Report filed by the police, omitted his name.  The man was arrested today. Six police personnel - two officers and four constables - were suspended as the reports of the attack on the teen's father evoked anger.

The attack took place last Tuesday - five days before the 16-year-old attempted to kill herself outside the residence of Chief Minister Yogi Adityanath, accusing him of shielding the minister.  Kuldeep Singh Sengar and his brother, she said, raped her last June. But the family's months-long efforts to bring them to book were repeatedly foiled, she said.

Kuldeep Singh Sengar has said the family has been maligning him since he tried to protect four young men whom the girl had accused of rape. He has also flatly refused to step down and attributed the beating of the girl's father to an "family divide".
Comments
UnnaoUnnao rape CaseBJP MLA Kuldeep singh sengar