'The Patient Assassin: A True Tale of Massacre, Revenge and the Raj' will compete with six others for the PEN Hessell-Tiltman Prize for History 2020. 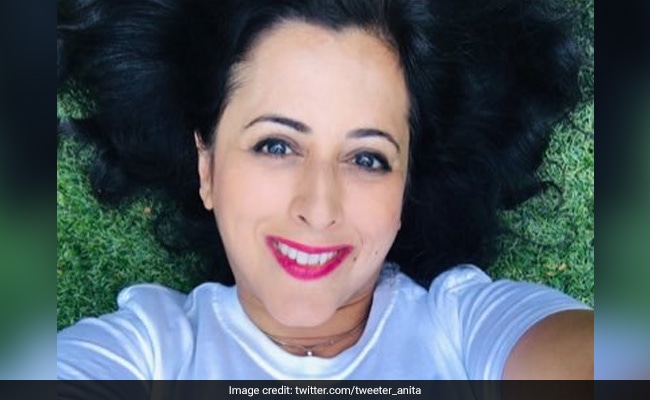 Anita Anand is a British Indian journalist and author.

British Indian journalist and author Anita Anand's book that tells the story of a young man caught up in the 1919 Jallianwala Bagh massacre in Amritsar has been shortlisted for a prestigious history-literary prize in the UK.

'The Patient Assassin: A True Tale of Massacre, Revenge and the Raj' will compete with six others for the PEN Hessell-Tiltman Prize for History 2020, awarded annually for a non-fiction book of specifically historical content.

Entries are required to be works of high literary merit - that is, not primarily written for the academic market - and can cover all historical periods.

"Modern history is well-represented with Anita Anand's "The Patient Assassin" showing us how empire continues to haunt us," said Rana Mitter, Professor of the History and Politics of Modern China at the University of Oxford, who is the chair of this year's judging panel.

In the shortlisted book, Anand tells the dramatic story of an orphan Udham Singh's 21-year quest for revenge, taking him around the world in search of those he held responsible for the Raj-era Amritsar massacre of April 1919, executed by British troops during a Baisakhi gathering in the city's Jallianwala Bagh grounds.

Others in the running for the 2,000 pounds prize include Julia Blackburn for 'Time Song: Searching for Doggerland'; Hazel Carby for 'Imperial Intimacies: A Tale of Two Islands'; Toby Green for 'A Fistful of Shells: West Africa from the Rise of the Slave Trade to the Age of Revolution'; Caroline Moorhead for 'A House in the Mountains: The Women Who Liberated Italy from Fascism'; Thomas Penn for 'The Brothers York: An English Tragedy'; and Roel Sterckx, 'Chinese Thought: From Confucius to Cook Ding'.

"This is a shortlist of astonishing chronological and geographical variation, bound together by one factor: innovative and pathbreaking historical research... This range and depth is a highly positive sign of the vigour of history writing today," said Prof Mitter.

He added: "Two works combine historical depth with memoir, Hazel V Carby's moving account of her search for her family history between Britain and Jamaica in 'Imperial Intimacies', and Julia Blackburn's 'Timesong', which moves between prehistory and the present day with huge aplomb.

"Caroline Moorehead's 'A House in the Mountains' recalls the fight against fascism in the 75th year since the end of World War II.

"Thomas Penn's 'The Brothers York' is a meticulous study of medieval monarchy, and Toby Green's 'A Fistful of Shells' opens up a story of West Africa in the early modern era known to few westerners. Roel Sterckx's 'Chinese Thought' opens up an intellectual and emotional world thousands of years and as many miles distant from our own experience in the west," he said.

English PEN, which stands for Poets, Playwrights, Editors, Essayists, Novelists, is one of the world's oldest human rights organisations championing the freedom to write and read. It is the founding centre of PEN International, a worldwide writers' association with 145 centres in more than 100 countries.

Marjorie Hessell-Tiltman was a member of PEN during the 1960s and 1970s and on her death in 1999, she bequeathed 100,000 pounds to the PEN Literary Foundation to found a prize in her name.

The winner of this year's prize in her memory will be announced on November 26.