Hundreds of innocent Indians, including women, children and old people, were shot dead by the British troops led by Brigadier General Reginald Dyer on April 13, 1919. 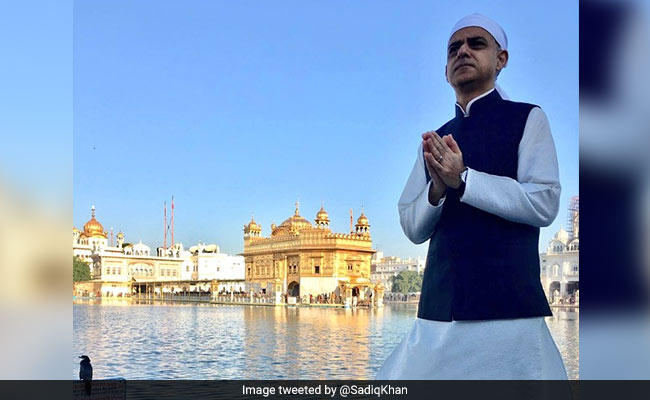 Amritsar: London Mayor Sadiq Khan said today that the British government should apologise for the Jallianwala Bagh massacre in Amritsar.

Mr Khan, who arrived in Amritsar yesterday, paid tributes to martyrs of the Jallianwala Bagh massacre.

Hundreds of innocent Indians, including women, children and old people, were shot dead by the British troops led by Brigadier General Reginald Dyer on April 13, 1919.

The victims had no place to escape as the only narrow entrance was blocked by the troops. Colonial era records had put the death toll at around 400, while leaders of the India's freedom movement had put it at over 1,000.

Though British monarch, Queen Elizabeth and her husband, Prince Phillip, had visited the Jallianwala Bagh in October 1997, no apology for the massacre was offered.

Mr Khan then visited the Golden Temple complex, where the holiest of Sikh shrines, Harmandir Sahib, is located and offered prayers.

Mr Khan also visited the Langar hall, the largest community kitchen in the world, of the shrine complex and partook langar while sitting on the floor.

Promoted
Listen to the latest songs, only on JioSaavn.com
Mr Khan, who was on a three-city tour of India, visiting Mumbai, New Delhi and Amritsar, later crossed over into Pakistan from the Attari-Wagah joint check post land border between India and Pakistan, about 30 km from Amritsar.

The London Mayor, who is of Pakistani-origin, will also visit Lahore, Karachi and Islamabad in Pakistan.