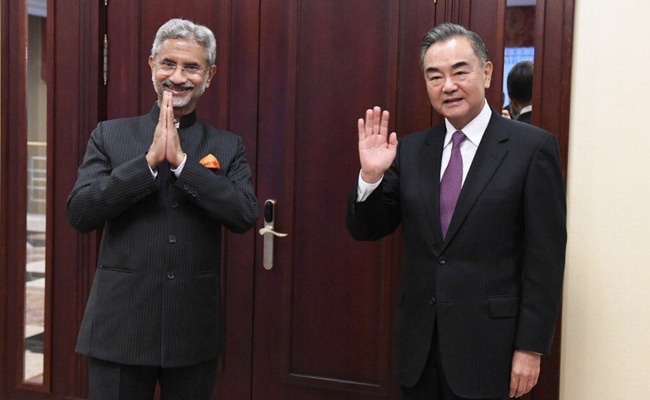 China said on Wednesday that the BRICS is a model for cooperation between emerging markets and developing countries and it upholds the UN centred international system and multilateralism, a day after India hosted a virtual meeting of the foreign ministers of the five-nation bloc.

He said Wang Yi pointed out at the meeting that "BRICS represents a prototype of cooperation between emerging markets and developing nations".

"In the face of major changes and a global pandemic unseen in a century, BRICS should work to protect people's health, uphold international order, contribute to global development and world peace," Wang said.

"BRICS should assume its responsibility in promoting global solidarity, providing wisdom to tackling the governance deficit, and contributing strength to global response to common challenges. China's views and propositions are spoken highly of by other parties at the meeting," Wang said.

"This meeting demonstrates the resilience and vitality of BRICS against the background of the major changes and global pandemic unseen in a century," he said.

"We stand ready to work in closer cooperation with BRICS partners, uphold the common values of peace, development, fairness, justice, democracy and freedom for all mankind, practice true multilateralism, and make new BRICS contributions to regional and global peace and development," he said.

To a question on the joint statement on strengthening and reforming the multilateral system, the spokesman said, "multilateralism is an important cornerstone of the existing international system".

"This cornerstone is now being encroached upon, as a few countries follow unilateralism and even seek hegemony in the name of multilateralism. All parties are increasingly calling for true multilateralism," he said in comments posted on the website of the Chinese Foreign Ministry.

On the other hand, the emerging global threats necessitate global response and international solidarity and collaboration. The desire for strengthening the multilateral system by all parties is becoming more urgent, he said.

"The statement is the result of the efforts of the five BRICS countries and reflects the common aspiration of the vast majority of countries. It should become the consensus of the international community," the spokesman said.

The essence of multilateralism is that the future of the world should be in the hands of all countries and international affairs should be handled through consultation by all, he said.

"In particular, it should reflect the views of developing countries and emerging markets, which account for the vast majority of the world's population. So-called "rules" formulated by certain Western countries or groups should not be regarded as "international rules", still less should they be imposed on others," he said.

"Parties shall jointly uphold and practice the real multilateralism, abide by the purposes and principles of the UN charter, discard exceptionalism and double standards and reject hegemonic bullying and zero-sum game, and refrain from bloc politics and ideological confrontation and work to safeguard the international system with the UN at its core and the international order based on the UN charter and international law," he said.