BrahMos Missile To Be Manufactured In Lucknow, Says Defence Minister

Defence Minister Rajnath Singh also announced that each household in Lucknow will soon get a Piped Natural Gas connection. 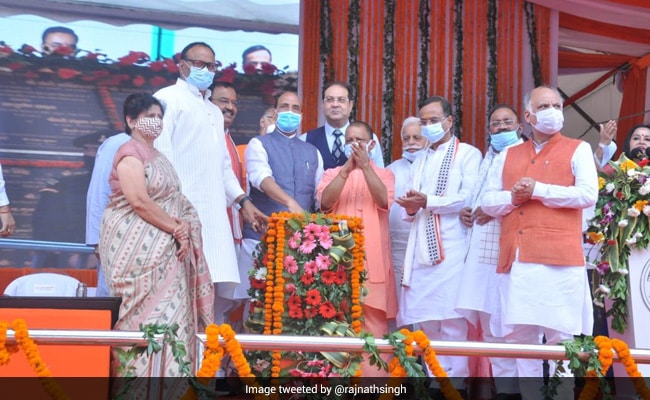 Defence Minister Rajnath Singh today announced that the next generation BrahMos missiles will be manufactured in his Parliamentary constituency Lucknow.

While inaugurating various development projects, The Union Minister said, "You must have got information through newspapers but today I would like to repeat that. Nobody ever imagined that missiles would be manufactured in Uttar Pradesh, BrahMos missiles will be manufactured near Lucknow. The Chief Minister has informed that an estimated over 5,000 people will get employment through this."

The Defence Minister also announced that soon each household in Lucknow will get a Piped Natural Gas (PNG) connection.

He further said, "I have been informed by Green gas Limited that a target has been set to provide PNG gas to each household in Lucknow which will reduce the consumption of LPG gas."

The Defence Minister stated that he aims to make Lucknow the number one city in the country. He also said that he is able to take up development projects on a large scale in his Parliamentary constituency only because Yogi Adityanath is the chief minister of Uttar Pradesh.

"I would not have been able to do so much work in Lucknow if Yogi Adityanath had not been the chief minister. Deputy Chief Minister Keshav Maurya has also helped me in this. The interest of the Chief Minister and his deputies in the development of the state is the reason behind the speedy progress of the state. The pace of development in Uttar Pradesh has increased under Yogi Adityanath."

Rajnath Singh also appreciated the Chief Minister's efforts to take care of those children who were orphaned after the death of their parents due to COVID-19.

"The Uttar Pradesh Government has done a lot of work. But what touched my heart was the way he performed his duties faithfully during the COVID-19 despite being infected himself. He provided financial assistance to orphans. Only a sympathetic chief minister can think to do so," added the Union Minister.