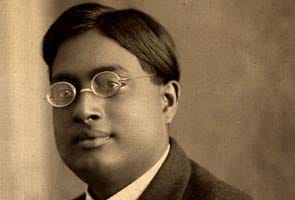 The reactions came after Britain's Peter Higgs and Belgian Francois Englert won this year's Nobel Prize in Physics for their work on the 'God particle'.

Professor Bikash Sinha and Bose Institute director Sibaji Raha in Kolkata, however, expressed their displeasure at four other researchers missing out on the prize.

The Nobel was awarded to the two scientists "for the theoretical discovery of a mechanism that contributes to our understanding of the origin of mass of subatomic particles, and which recently was confirmed through the discovery of the predicted fundamental particle, by the ATLAS and CMS experiments at CERN's Large Hadron Collider," said Staffan Normark, permanent secretary of the Royal Swedish Academy of Sciences.

Earlier this year, researchers operating the Large Hadron Collider (LHC) particle accelerator confirmed that a particle discovered in the experiment is indeed the Higgs Boson, a key element in scientists' theories explaining the makeup of all the matter around us.

"The Boson name is derived from Bose and this is one of our greatest pride...this honour is far beyond any prize. The recognition of Higgs Boson is zero...it's been known as Boson world-wide," Sinha said.

Promoted
Listen to the latest songs, only on JioSaavn.com
Raha said he was not in favour of four other contributors - Robert Brout, Gerald Guralnik, C Richard Hagen and Tom Kibble - not being recognised for their "equally significant" work on the same subject.